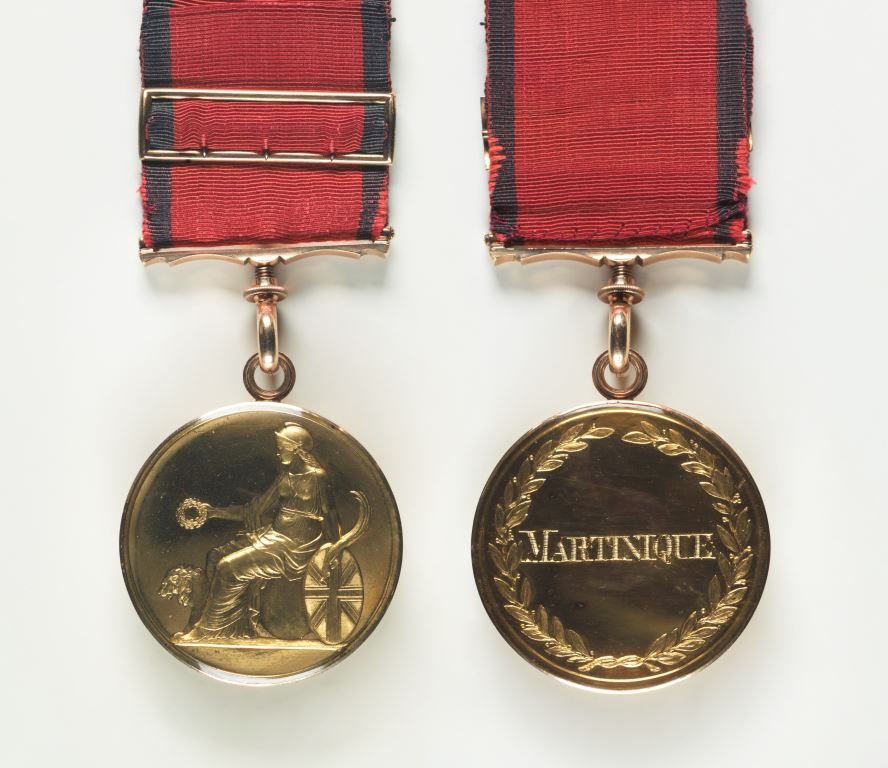 North America has long enjoyed freedom from war — but that wasn’t always the case.

During the 18th and 19th centuries, Great Britain and France fought frequently for supremacy across the continent, often battling over colonies scattered across the Caribbean. The islands were valued as much for their sugar plantations and rum distilleries as for their strategic importance. Jealously defended on both sides, many would change hands repeatedly during the Napoleonic Wars of 1803 to 1815.

Born in New Jersey, British Lieutenant-General Sir George Prevost was a career soldier, and later a colonial administrator. Receiving his first military commission at the tender age of 11, he rose quickly through the ranks. By the age of 30, he had become a Brigadier-General, and a year later was named Lieutenant Governor of Nova Scotia.

With the Napoleonic Wars raging between Great Britain and France in every conceivable theatre, Nova Scotia was also at risk. As Lieutenant Governor, Prevost reinforced the colony’s defences and reorganized its militia regiments. Interestingly, some of the militia’s actual muskets can be found in the collection of the Canadian War Museum. “These are important artifacts,” says Eric Fernberg, Collections Specialist, Arms and Technology, at the Canadian War Museum. “They are tangible links to past events, which Prevost had a direct hand in shaping. As his military career developed, his experience enabled him to foresee the need for military preparedness, both as a governor, then as Commander-in-Chief of all British forces in North America.”

By late 1808, Prevost was on his way to Martinique to help capture the island from the French. Over 10,000 British troops landed on January 30, 1809 — 7,000 of whom were under Prevost’s command. In a bitter campaign lasting 20 days, the British retook the island.

A medal for the Martinique campaign

The Army Gold Medal featured here was awarded to Prevost for that battle. Created in 1810, the Medal was issued in recognition of British military victories during the Napoleonic Wars and the War of 1812. Prevost’s medal, now in the collection of the Canadian War Museum, is the larger 5 centimetre version presented to general commanding officers. The lower edge (not visible in the picture) is engraved with “Lieu.t. Gen. L Sir George Prevost”; the face features Britannia — the female representation of Great Britain — sitting on a globe and flanked by a lion to the right and by a shield adorned with the British flag to the left; the word “Martinique” is engraved on the back.

Following the victory in Martinique, Prevost resumed his duties in Nova Scotia. By 1811, he had been named Governor-in-Chief of British North America, becoming responsible for commanding troops during the War of 1812. As the war continued, he became unpopular among hardened soldiers who had fought in the Peninsular Wars (1807–1814) — disliked for his caution, his military missteps and even his insistence on such niceties as proper dress. In 1815, he was recalled in ignominy to England. He died the following year.

History, however, has been kinder to Prevost. He is now seen as having been an effective military leader under the circumstances, earning him the nickname “Defender of Canada.”

“At any given time,” says Fernberg, “top commanders are subject to scrutiny for the decisions and actions they take. Looking back at Prevost’s legacy — and as his Army Gold Medal suggests — the military and administrative positions he held had a profound effect on the course of Canadian history and the development of Canada as a nation.” And what of Martinique? Held until 1814 by the British, it was taken back yet again by the French, and then by the British, who held onto it briefly in 1815. Recaptured by the French in 1815, it remains an overseas French region to this day.