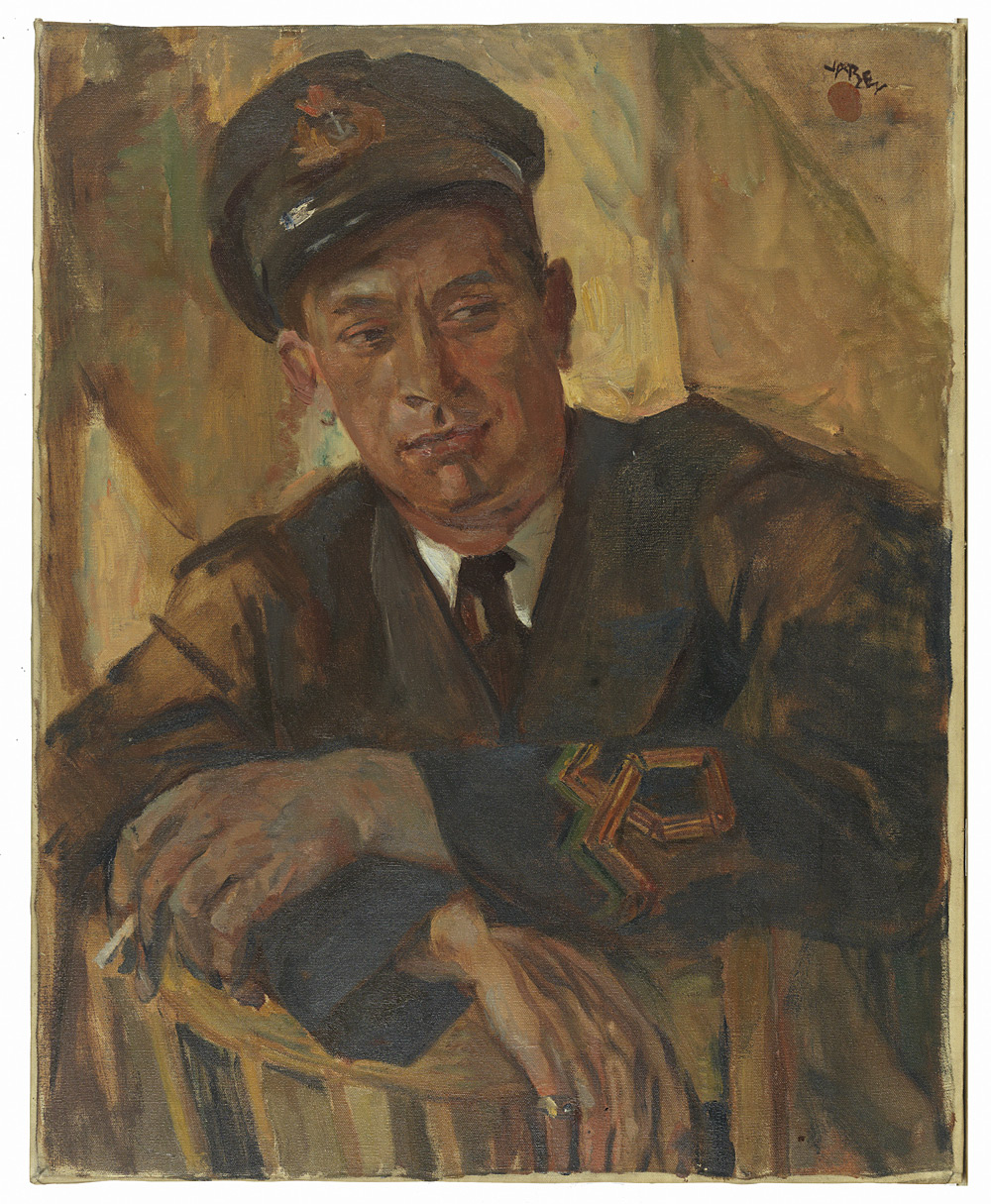 When we think of the Group of Seven, we usually imagine rugged landscapes north of Lake Superior. Less frequently, we are reminded that some of these iconic Canadian painters were accomplished portraitists, none more so than Frederick Varley. His Portrait of a Naval Officer, Harry Kelman, recently acquired by the Canadian War Museum is such a reminder.

Varley, who was born in 1881 and died at age 88 in Toronto, served as an official war artist during the First World War. The “cruel drama” of war stayed with Varley even as he helped found the Group of Seven in 1920. Less known is the fact that during the Second World War, the Canadian War Artists’ Committee commissioned him to paint several portraits of military personnel stationed at Kingston, Ontario.

When Varley’s Portrait of a Naval Officer, Harry Kelman, completed in 1943, came up for auction late in 2015, Meredith MacLean, Collections Specialist, Art and Memorials, knew she had to act fast.

“Although Varley painted several portraits during the Second World War, only one was acquired by the War Records and became part the Canadian War Museum’s Beaverbrook Collection of War Art,” explains MacLean. “This acquisition will help provide a clearer, more complete and far more personal picture of Varley’s wartime experiences. It also represents the only named Second World War portrait by Varley in the Canadian War Museum’s collection.”

The Museum holds one of the finest collections of war art in the world, including an extensive collection of portraiture. The new acquisition will help build the Museum’s collection of naval portraits, specifically those relating to the Royal Canadian Naval Volunteer Reserve.

Varley met fellow artist and sub-lieutenant Kelman in Kingston; their friendship is evident in the informal pose Varley chose to depict the officer. Kelman’s lively and humorous face hints at his personality. Later in the war, Kelman went overseas to promote the RCN as part of The Navy Show.

The Navy Show, better known as “Meet the Navy”, was a touring theatrical review featuring musical performances, comedy sketches and dance routines. Thousands saw the show as it toured across Canada before going to Britain. For three years, the show entertained troops and public alike, boosting morale and promoting Navy recruitment.

Because of donor support, the Canadian War Museum can act quickly when artworks of national importance become available for purchase.

“Public support of our national collection is so important. Without it, items like the Varley portrait could easily end up in private collections instead of here at the War Museum where it will help tell the story of Canada’s military past,” observes MacLean. “Thanks to the National Collection Fund we were able to acquire this outstanding piece of art.”