Georgina Pope: A pioneer of nursing 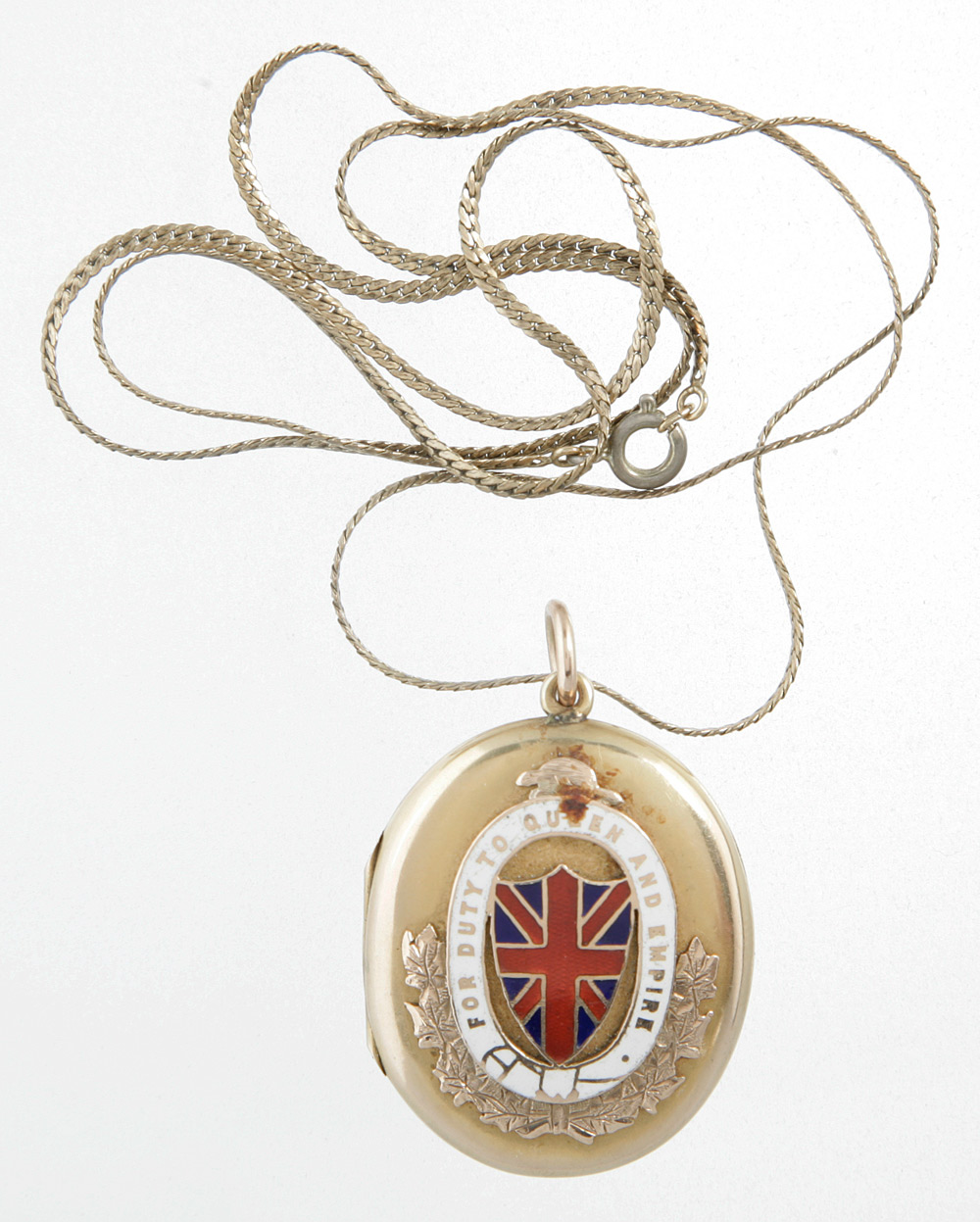 A special commemorative locket belonging to “Prince Edward Island’s Florence Nightingale” is rekindling interest in an early 20th century military heroine. Georgina Pope, a nurse who served in the South African War, received the gold-filled pendant and chain from the City of Ottawa. Her great-niece Louise Birkett Krapf donated it to the Canadian War Museum shortly before her death in 2015.

“This token of appreciation from the citizens of Ottawa helps tell the story of an extraordinary Canadian’s pioneering work as a military nurse overseas,” says Arlene Doucette, the War Museum’s Collections Specialist, Dress and Insignia. “Nursing Sister Georgina Pope was the first Canadian recipient of the Royal Red Cross and the first Matron of the Canadian Army Medical Corps and this locket is a further representation of her accomplishments.”

The oval locket has an enamel shield with “For Duty to Queen and Empire,” a Union Jack and beaver above a gold half-wreath of maple leaves. “From the Citizens of Ottawa to Georgina Pope CNS for services in South Africa 1900” is engraved on the back, accompanied by Ottawa’s crest and motto.

From P.E.I. to South Africa

Georgina Fane Pope was born in Charlottetown, P.E.I. on January 1, 1862, the daughter of Father of Confederation William Henry Pope. Not content with a life of privilege, she left the Island to study nursing in New York. In 1899, she volunteered as a nurse with Canadian troops in South Africa.

Pope was named superintendent of the Canadian nursing staff and with three compatriots, served at British hospitals north of Cape Town. They were the first Canadian women serving as nurses to be granted the rank and pay of lieutenants. Five months later, she and another nurse took charge of the military hospital in Kroonstadt, caring for 230 typhoid patients despite shortages of food and medical supplies.

In a report on her time in Kroonstadt, Pope wrote: “Here under canvas in June, like our Sisters at Springfontein, we suffered acutely from cold, each morning the hoar frost being thick both inside and out, of our single bell tents. We were very short of water and lived on rations which an orderly cooked for us on a fire on the veldt, dinner being a very uncertain feast on a rainy day.”

She later also led a small contingent of the Canadian Army Nursing Service in Natal.

Honoured then and now

Pope’s exemplary service in the face of extreme physical and emotional hardships was recognized by Queen Victoria, who awarded her the Royal Red Cross in 1903. After the war, she settled in Halifax, was appointed Matron of the Canadian Army Medical Corps in 1908 and developed training programs for nurses.

She served in Canadian hospitals in Europe during the First World War and was invalided home in 1918. She died in P.E.I. in 1938 and received a full military funeral.

Pope is one of 14 Canadians rendered in bronze in the Valiants Memorial near the National War Memorial in Ottawa and one of four volunteer nurses depicted on a $5-dollar silver coin issued in 2012 by the Royal Canadian Mint.