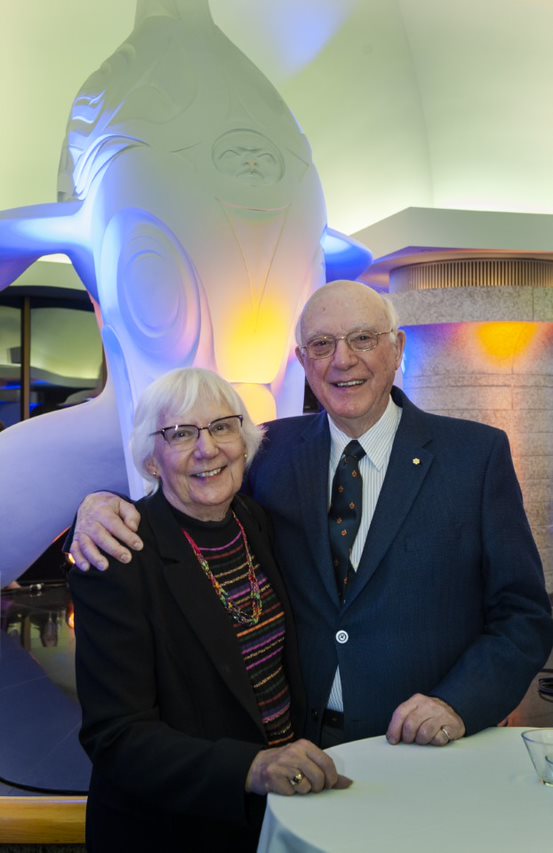 The origins of my experience with the Canadian War Museum go back a long way. I turned five years old a few days before the start of the Second World War. I remember our family gathering around the radio, as we listened to the latest news of the war. I was fascinated by the military dimension of it all — especially by stories of the Royal Canadian Air Force and its brave members, who were among those honoured at the time in the popular song “Bless ’em All.” That’s when I decided I would become a fighter pilot when I grew up.

It was a dream that would lead to a rewarding military career, a lifelong adventure in aviation, and a profound interest in Canada’s military history.

By the time I retired from the military and a second career in the aerospace industry, I became painfully aware of a declining interest in Canada’s military history. I was determined to help rebuild it.

By 1997, the War Museum — then housed in an old building on Sussex Drive in Ottawa — was bursting at the seams, and in dire need of repairs and upgrades. The government was willing to help fund a new building, on condition that the Museum raise $15 million from the private sector.

I was asked to chair the campaign to meet that obligation. I, together with an outstanding group of volunteers, soon discovered that Canadians from all walks of life would generously contribute to building a worthy home honouring our military past.

Since opening in 2005, the new Museum has touched the hearts of countless Canadians. Margaret and I have been making monthly donations to the Museum for many years. However, I truly felt I was honouring my vision for its future when we decided I would leave a gift to the Museum in my will.

I feel comforted to know that I am passing the torch to the next generation. By sharing my story with you, I ask that you consider whether leaving a gift to the Museum in your will is the right decision for you, too.

Thank you for being a faithful friend of our Canadian War Museum.