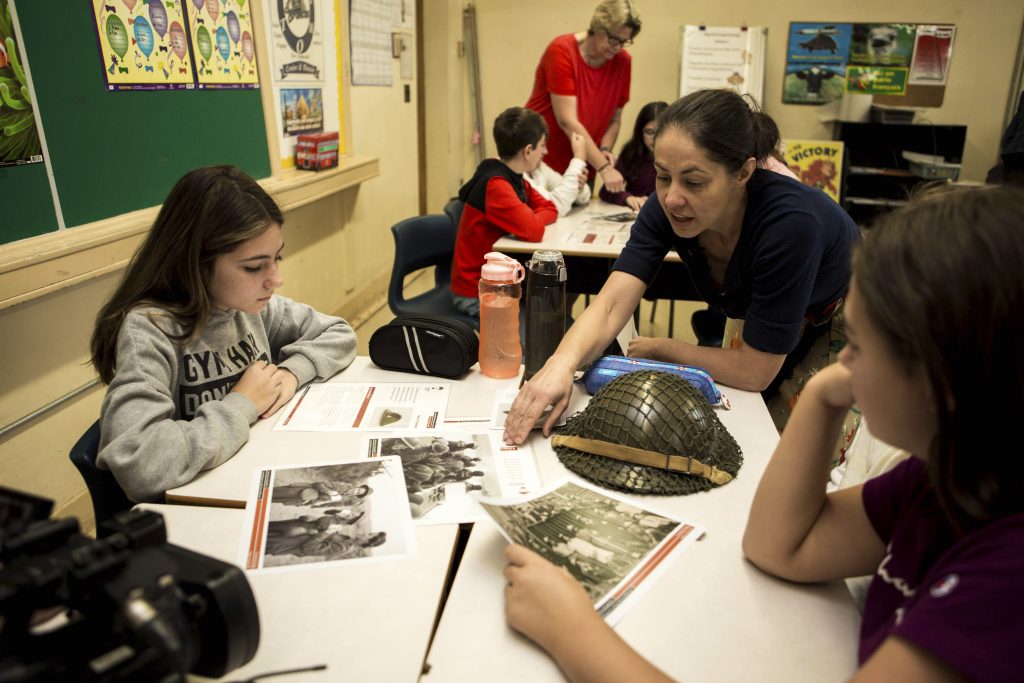 Within six months of the program’s launch, 168 schools had borrowed a Second World War Discovery Box, reaching 11,500 students. This truly national program has already travelled to nine provinces and one territory — from Port Hardy, British Columbia, in the west, to Whitehorse, Yukon, in the north, and St. John’s, Newfoundland, in the east.

In June 2020, Supply Line received a prestigious Public History Prize from the Canadian Historical Association. The award recognizes initiatives that reflect high standards of original research, scholarship and presentation; that bring an innovative public history contribution to their audiences; and that serve as models for future work, advancing the field of public history in Canada.

We are grateful to the Friends of the Canadian War Museum, the Crabtree Foundation, the R. Howard Webster Foundation, and individual donors for supporting this valuable initiative.