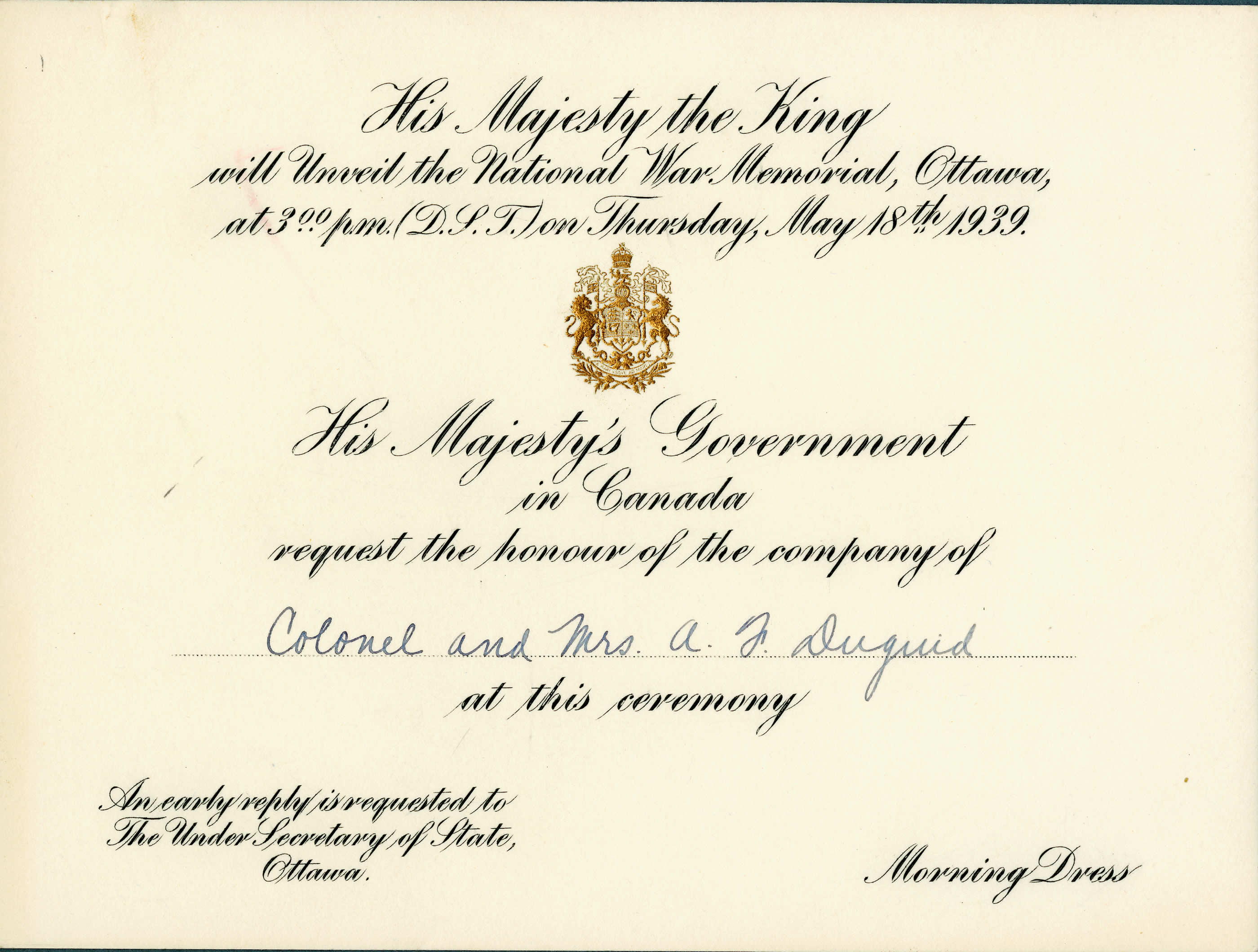 Invitation to the unveiling by King George VI of Canada's National War Memorial on 18 May 1939. The invitation was sent to Colonel Archer Fortescue Duguid, who served with the 2nd Brigade Canadian Field Artillery from 1915 to 1918. After the war, Duguid was appointed Director of the Army's Historical Section which was responsible for many historical and commemorative tasks, including the writing of Canada's official history.