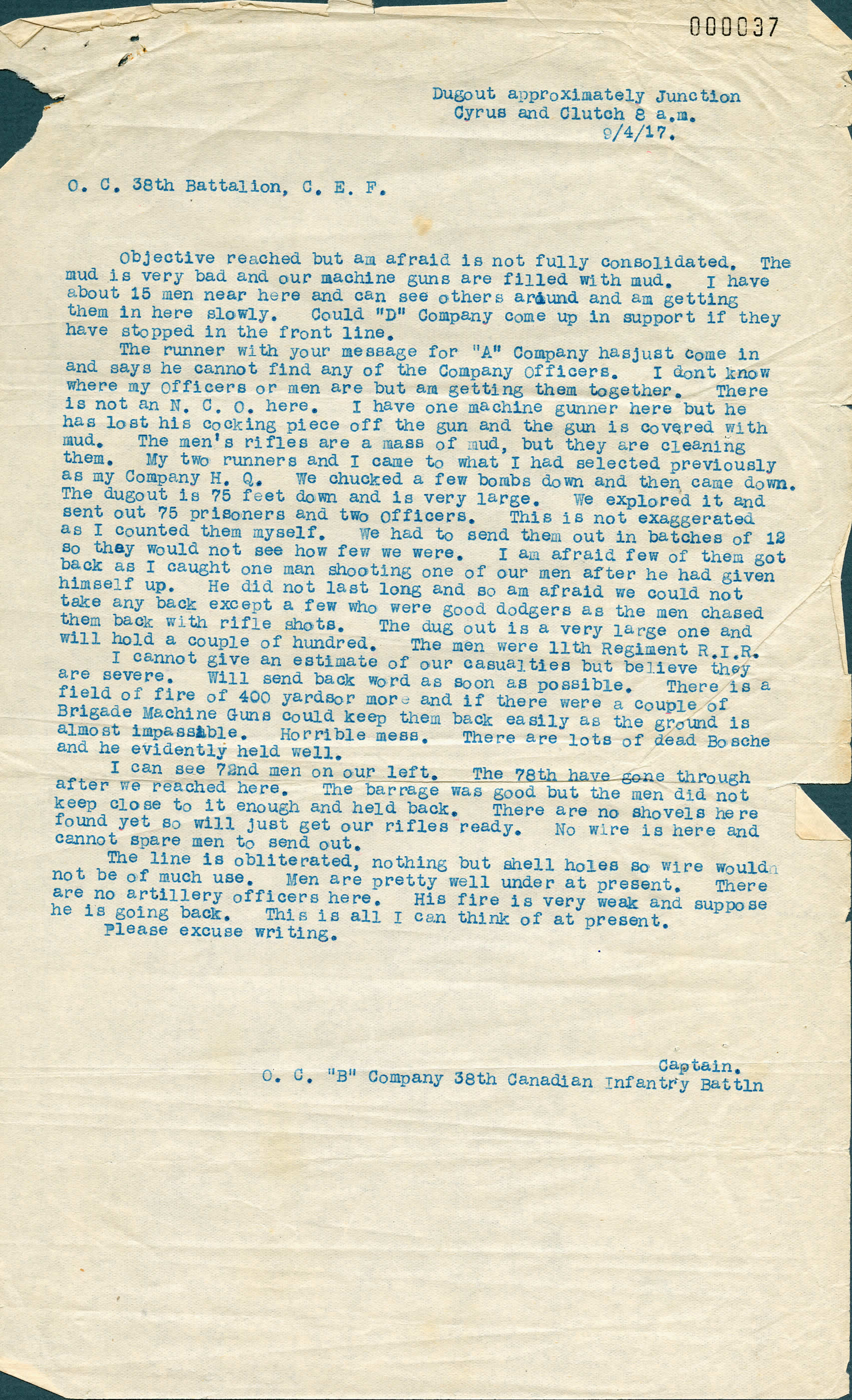 This is a typed copy of an original, hand-written field message from Captain T.W.L. MacDowell, a company commander in the 38th Battalion during the battle at Vimy Ridge, 9 April 1917. It describes part of the action for which Capt. MacDowell received the Victoria Cross, the British Empire's highest award for bravery in the presence of the enemy.
It is an urgent report of his situation at 8 a.m., some hours after the attack had started. While his company of 100 or so troops has reached its objective, he reports the likelihood that his unit has had severe casualties, and that he has only 15 men with him in the "horrible mess" that is their new position. He asks for another company and machine-guns to come up in support. "There are lots of dead Bosche [Germans] and he evidently held well." The original message would have been hand-delivered to battalion headquarters by a 'runner', a dangerous trek back over an active battlefield still under enemy observation and fire. Full Text