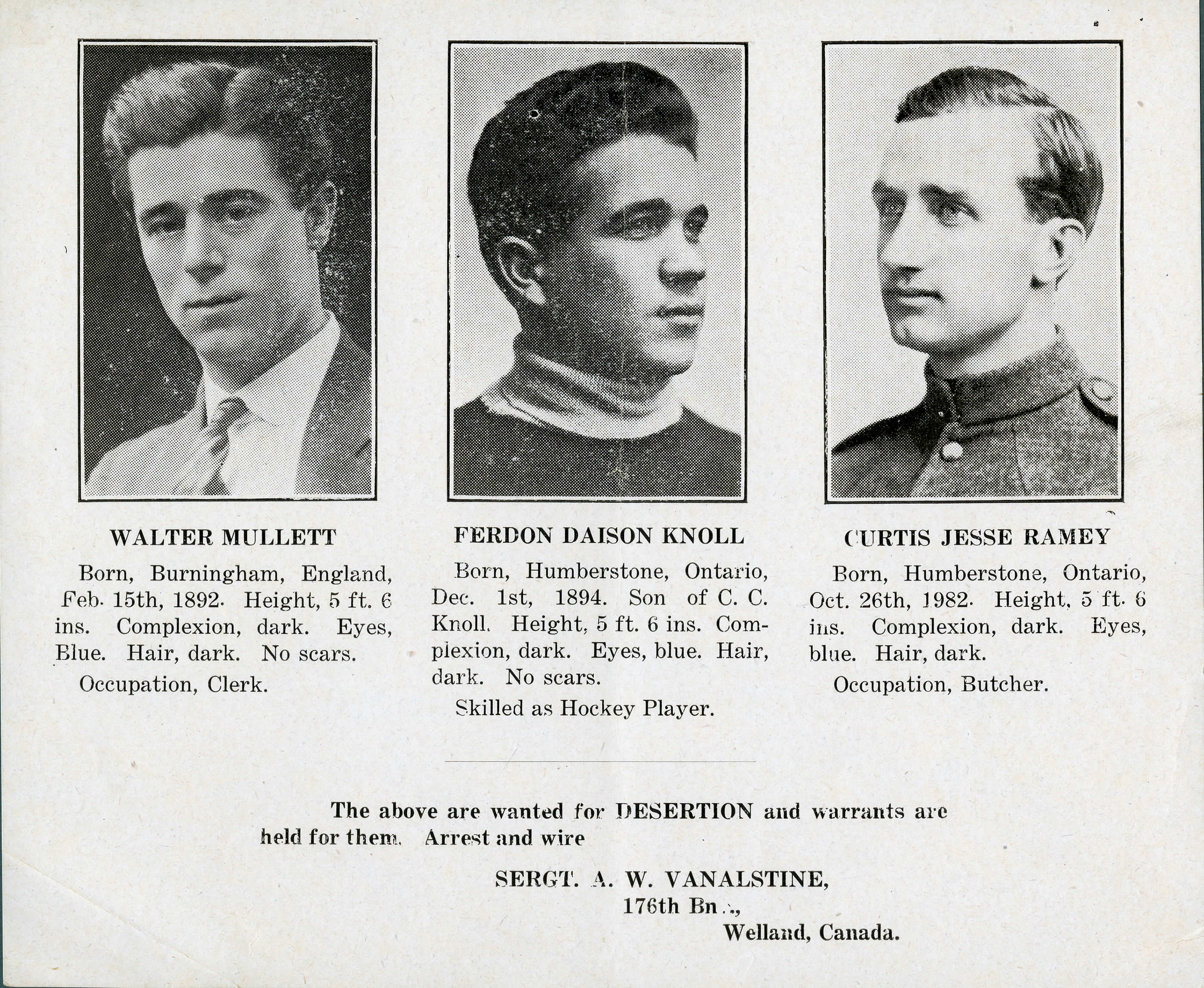 A leaflet bearing the photos and descriptions of three men wanted for desertion from the 176th Battalion, raised in Welland, Ontario. These three enlisted in early 1916 and deserted before proceeding overseas. There was no single reason why soldiers deserted: some found army life unbearable, while others were bored from waiting too long for their battalion to be formed for overseas service. On 22 December 1919, an amnesty was proclaimed for the estimated 15,000 deserters on the run in Canada, as well as about that many who were serving prison sentences. Full Text