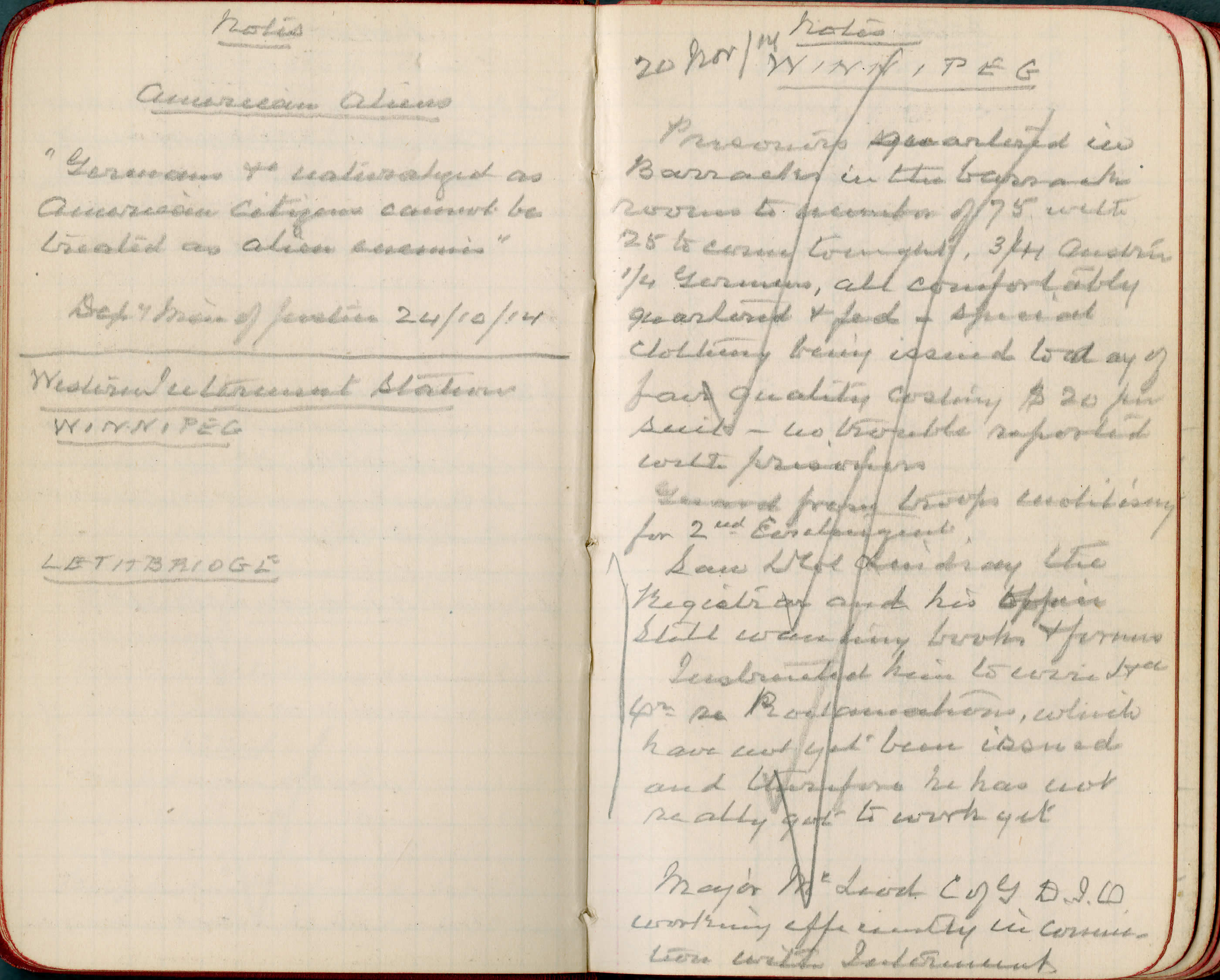 Sir William Otter was Canada's best-known professional soldier, with service in the Fenian raids (1866), the Northwest campaign (1885), and the South African War (1899-1902). He had also been the first Canadian-born chief of the general staff. During the First World War, Otter directed internment operations in Canada. His diaries detail his role in administering the operation, but also shed light on life in the camps, daily rations, and inspections.