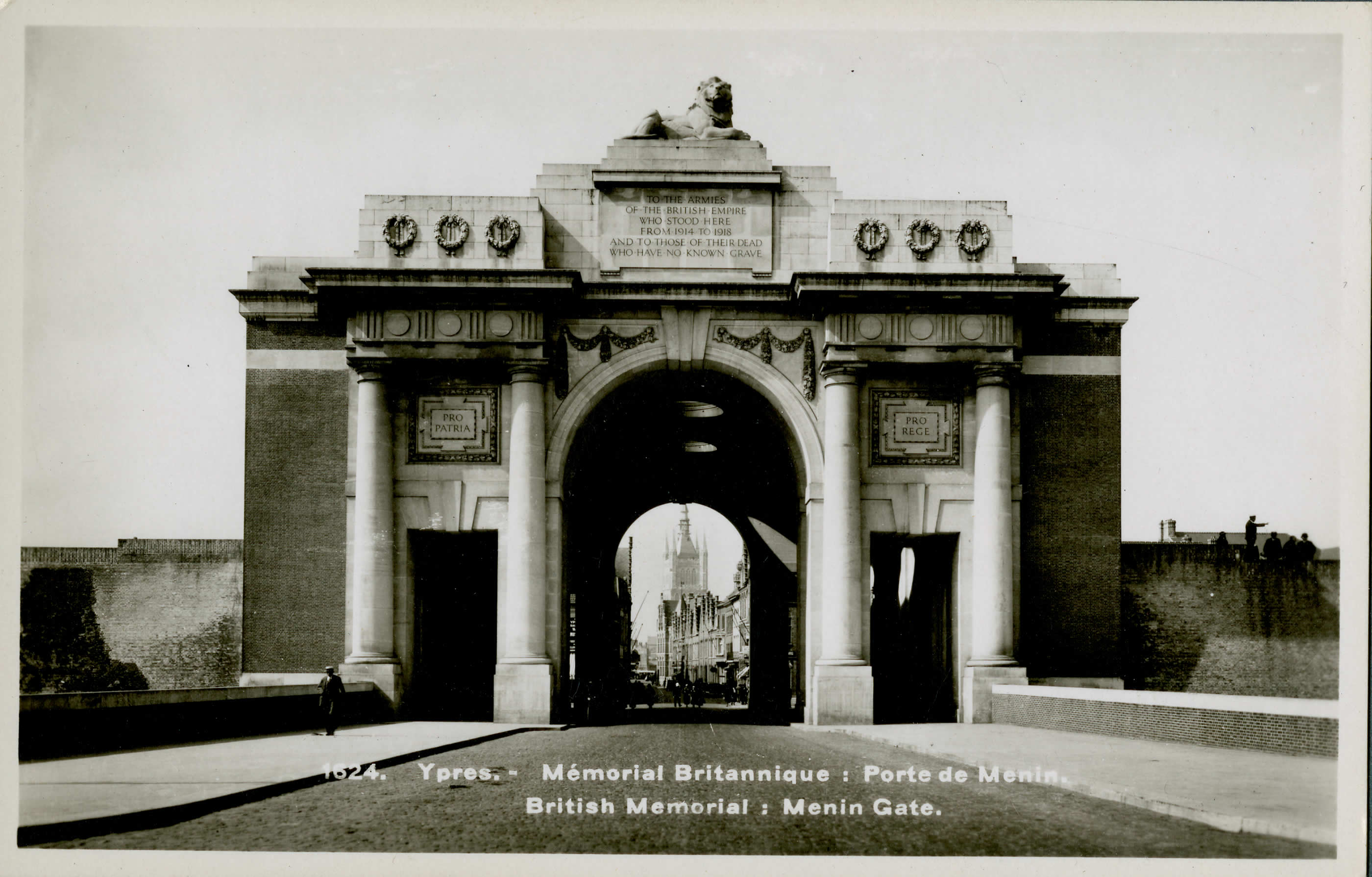 A postcard of the Menin Gate located in Ypres, Belgium. The names of close to 7,000 Canadians with no known graves are inscribed on the memorial. At 8 p.m., traffic around Menin Gate comes to a standstill and the Last Post is played by buglers. Excluding the German occupation during the Second World War, this tradition has continued every night since the monument's unveiling in 1927. The night that German forces were expelled from Ypres in 1944, the tradition resumed.