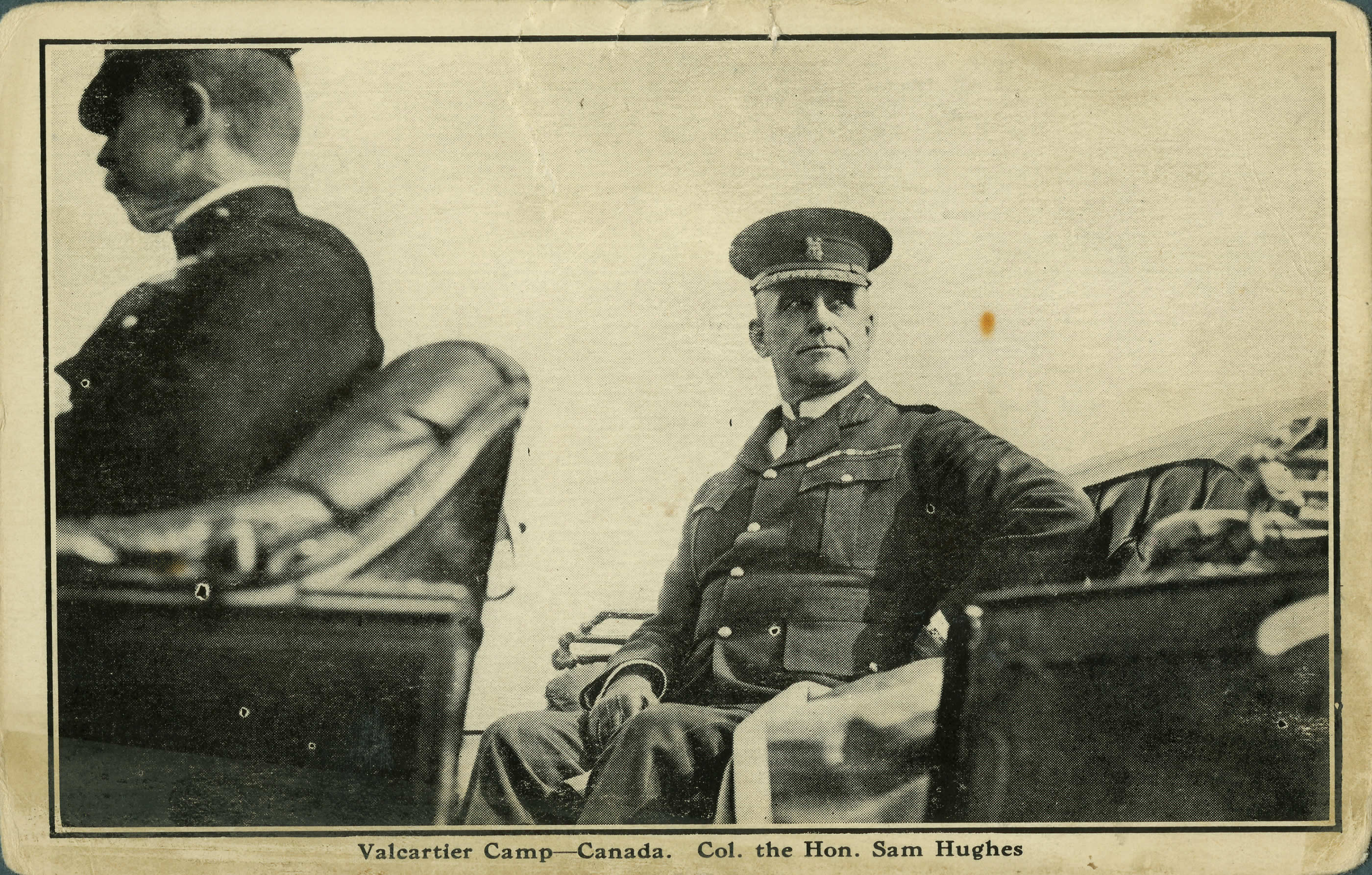 Minister of Militia and Defence Sam Hughes reviews troops from the back of an open motorcar at Valcartier Camp, 1914. Hughes was a disruptive force at Valcartier, often interfering in training and undermining officers in front of their troops. The First Contingent of troops raised in 1914 was very much, as some of the soldiers sang, "Sam Hughes's army." The refrain to the song was also sometimes sung: "We can not shoot, we can not march, what bloody good are we."