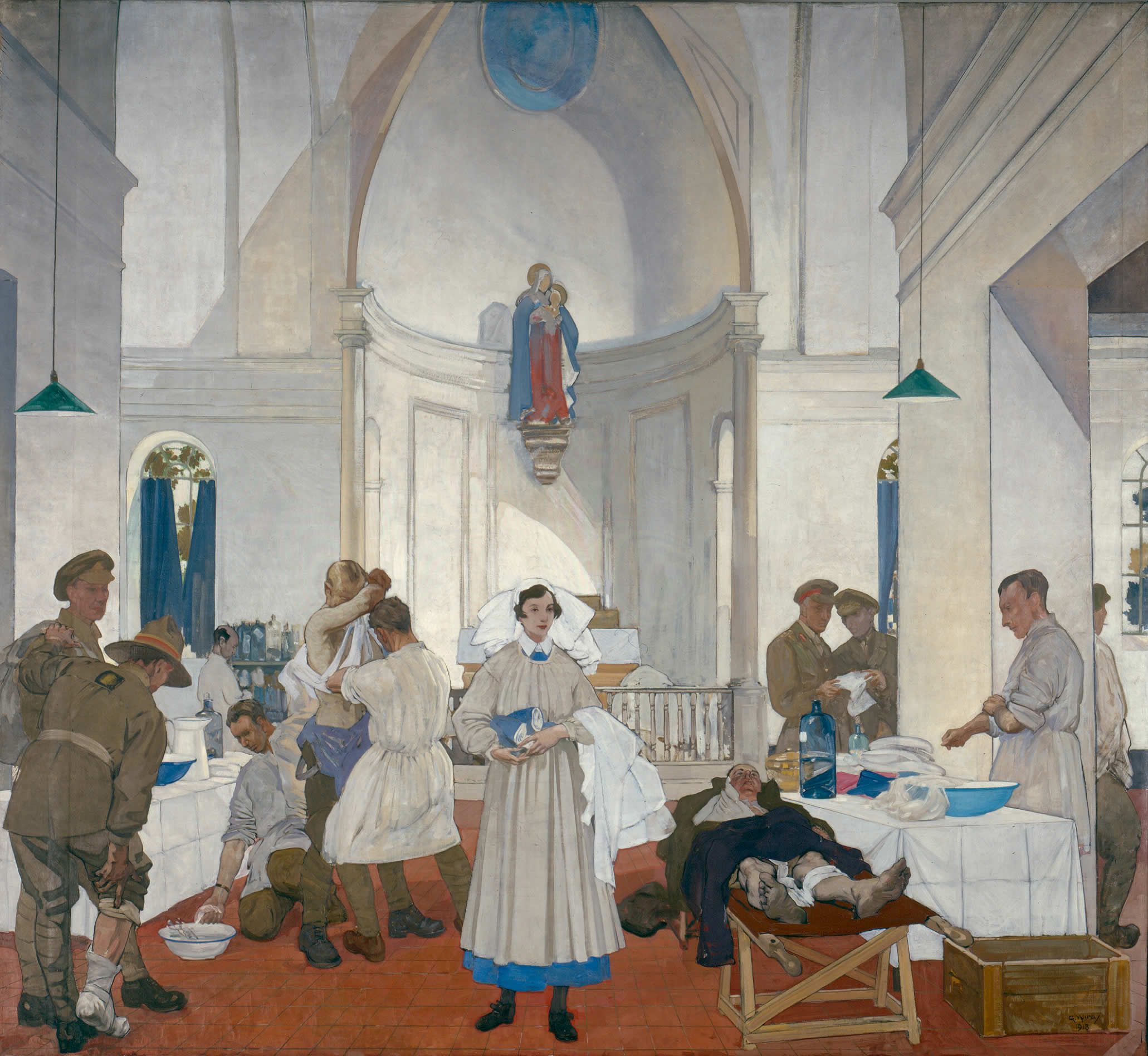 No. 3 Canadian Stationary Hospital at Doullens

The interior of a church in Doullens, France was used as a stationary hospital. This painting by Gerald Moira depicts a nursing sister in the foreground looking over sick and injured soldiers. This hospital was later bombarded by German forces in May 1918, where three nurses and 29 other patients and hospital personnel were killed. Soldiers often perceived nurses as "angels of mercy." In this painting, the placement of the nurse below the Virgin Mary and Jesus reinforces that message.