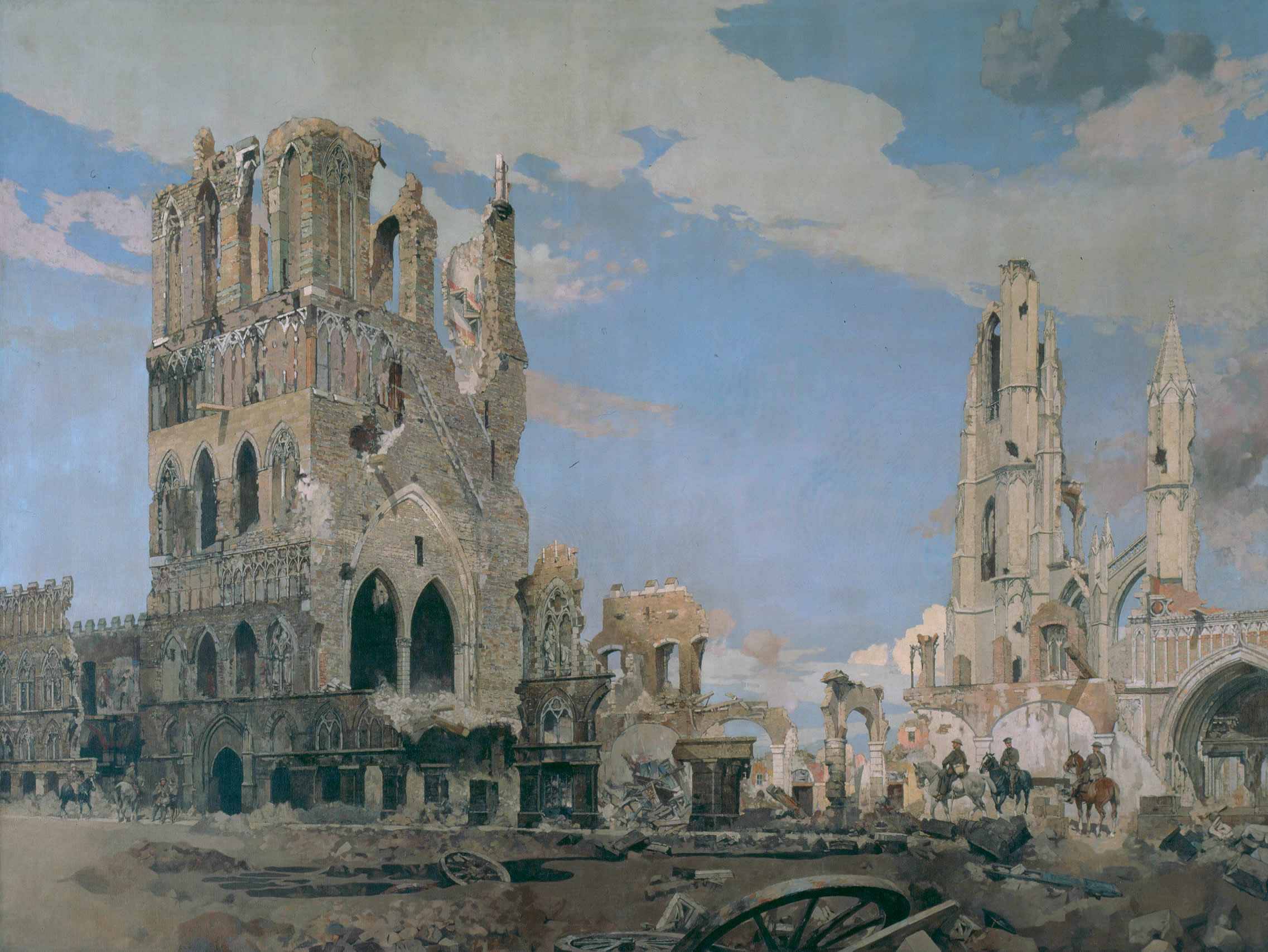 The destroyed Cloth Hall at Ypres was an iconic symbol of the war. The city was bombarded by the Germans but never captured. After the war, Belgians rebuilt the Cloth Hall as it had once stood. It now houses a museum of the First World War, including artifacts from around the Ypres battlefields.