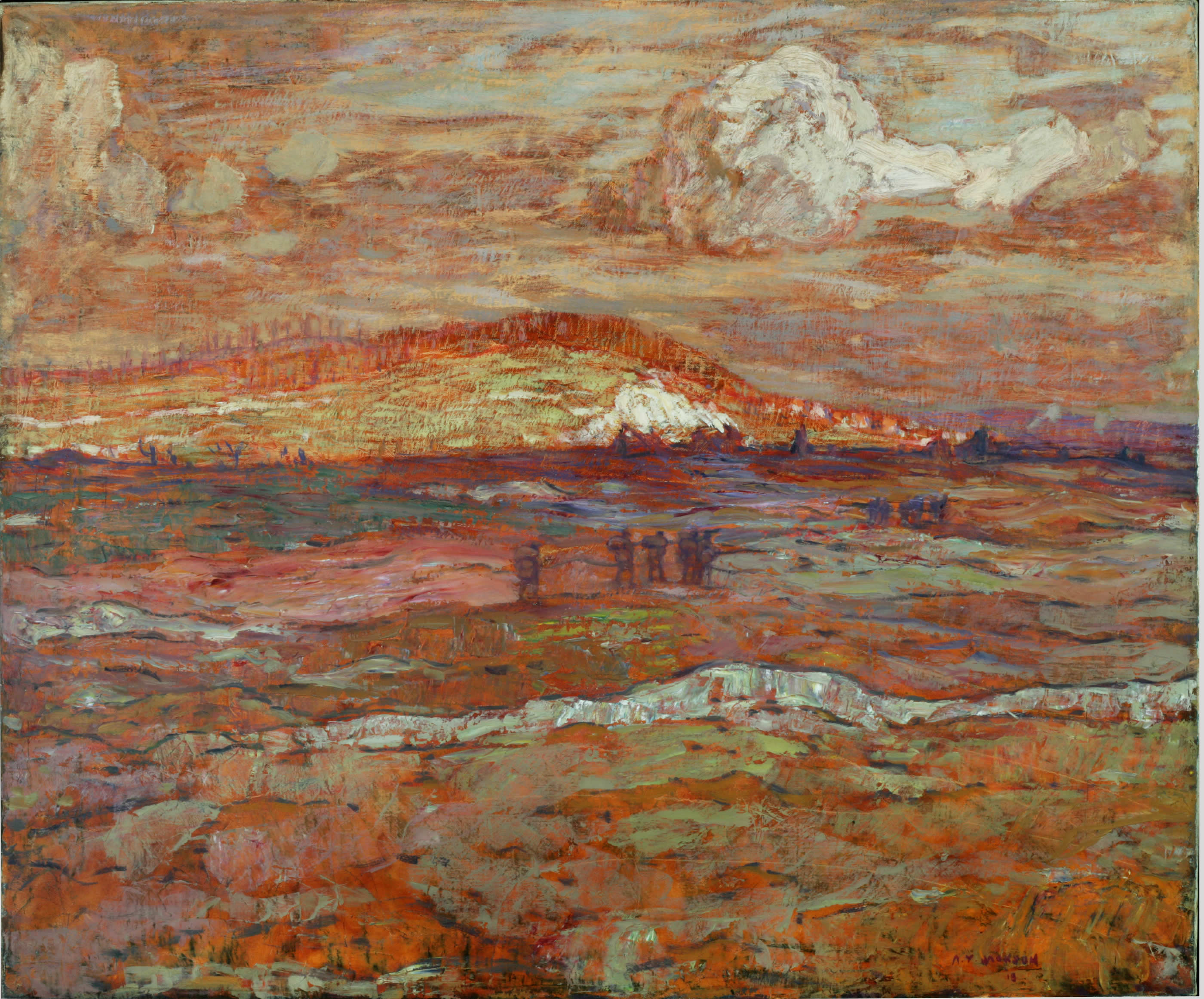 Soldiers advance in line towards the pimple, a position north of Vimy Ridge. Initially outside of the Canadian Corps' objectives for 9 April 1917, the pimple was later added to ensure that the Germans could not counterattack and recapture the ridge. Canadian troops attacked in a snow storm on 12 April, driving the elite German defenders from dug-in positions.