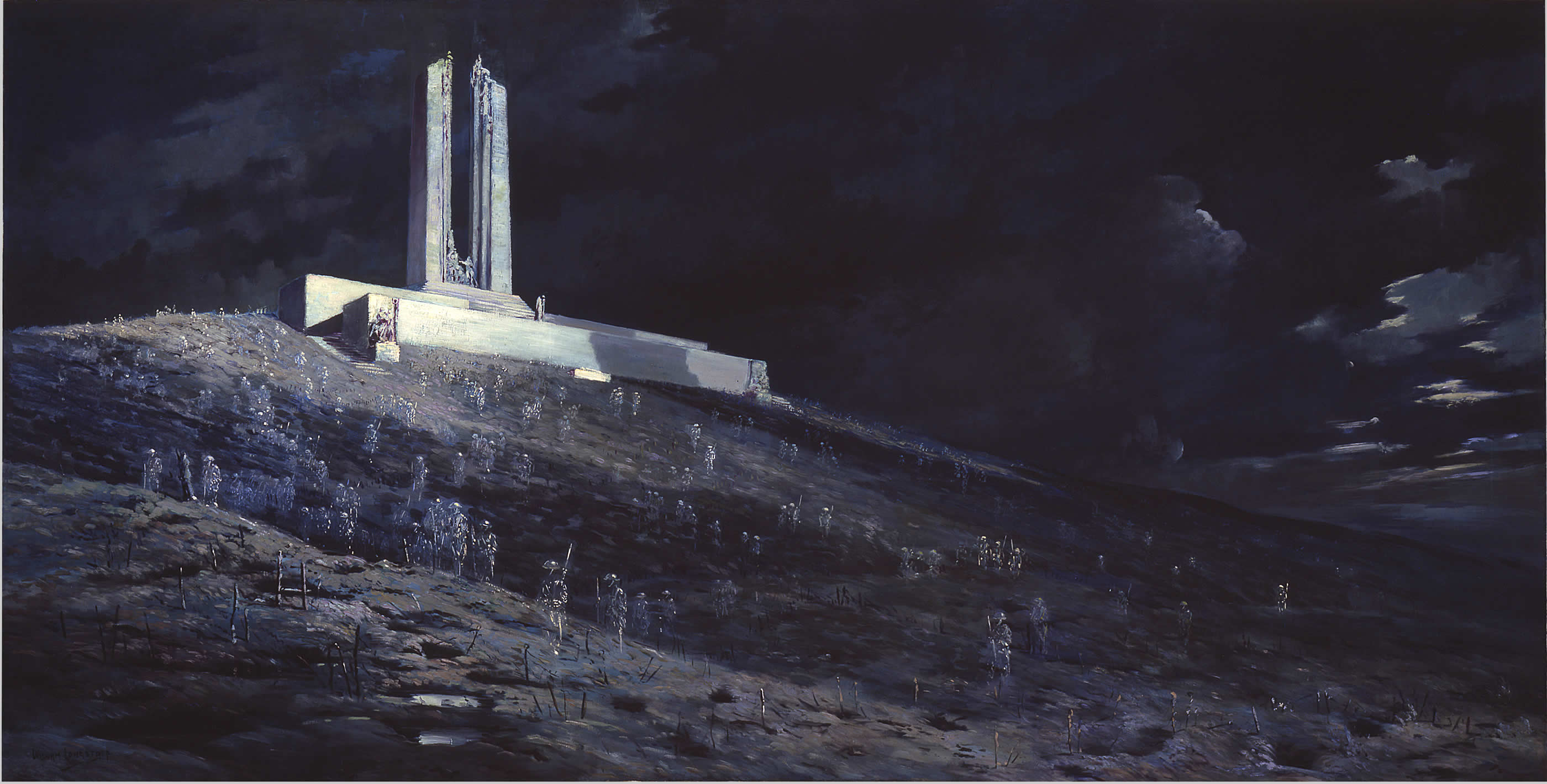 This work by Australian Captain William Longstaff was extremely popular and images were reproduced and sold throughout the Empire. Longstaff depicted soldiers' ghosts marching up Vimy Ridge from the Douai Plain, returning to the memorial. The Memorial's designer, Walter Allward, noted in 1921 that he had been inspired by wartime dream in which dead soldiers "rose in masses, filed silently by and entered the fight to aid the living. So vivid was this impression, that when I awoke it stayed with me for months. Without the dead we were helpless. So I have tried to show this in this monument to Canada's fallen, what we owed them and we will forever owe them."