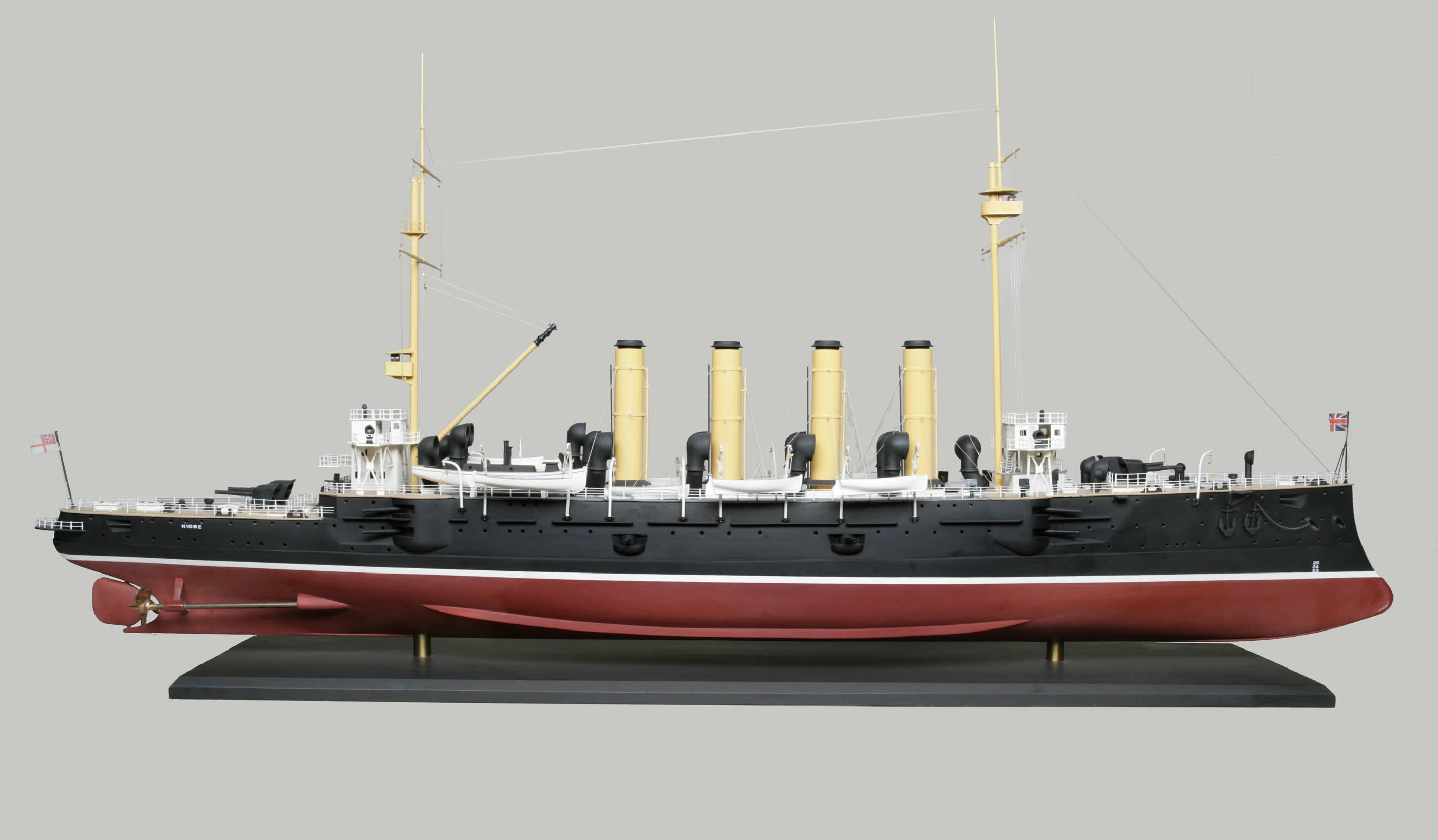 This is a detailed model of HMCS Niobe, an outdated British cruiser acquired by the Canadian navy at the time of its creation in 1910. For much of its career in the Royal Canadian Navy, the large, 11,000 ton cruiser did not have enough crew. While Niobe saw action with Royal Navy warships in 1914 in searching for German ships along the east coast and in the West Indies, she served from the summer of 1915 in the Halifax Dockyard as a training ship. Niobe was damaged in the December 1917 Halifax explosion and sold for scrap in 1920.