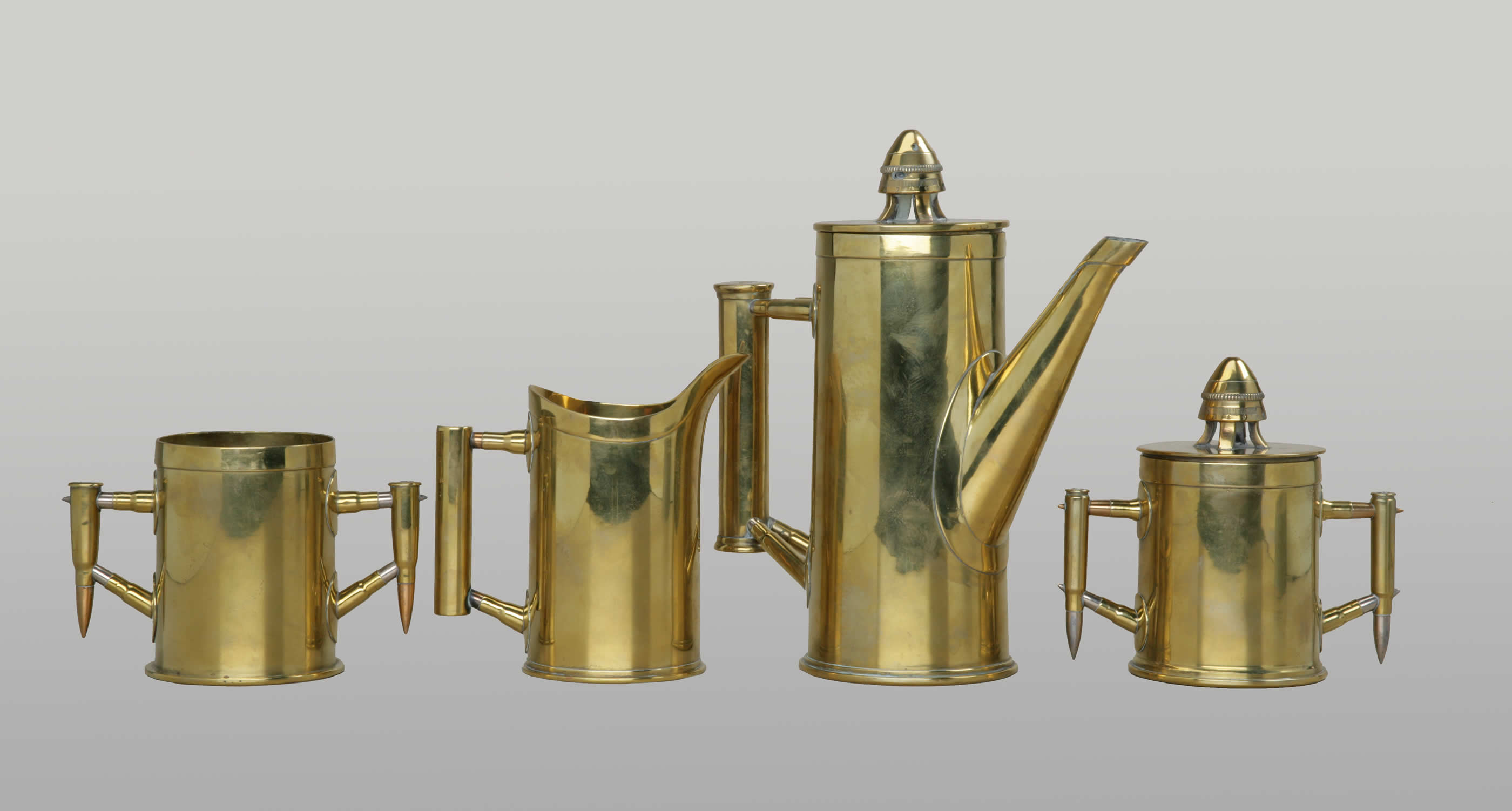 Corporal Frank Alexander Cameron of Barrie, Ontario was a signaller with the 2nd Canadian Division. In his spare time, Cameron crafted a four-piece tea set for his mother, sending each piece home as it was completed. The materials include British 13- and 18-pounder shell cases, a French 75 millimetre case, and French rifle bullets. Cameron took four years to complete the set. He survived the war, but his younger brother, Allan Stanley, was killed in action in 1918.