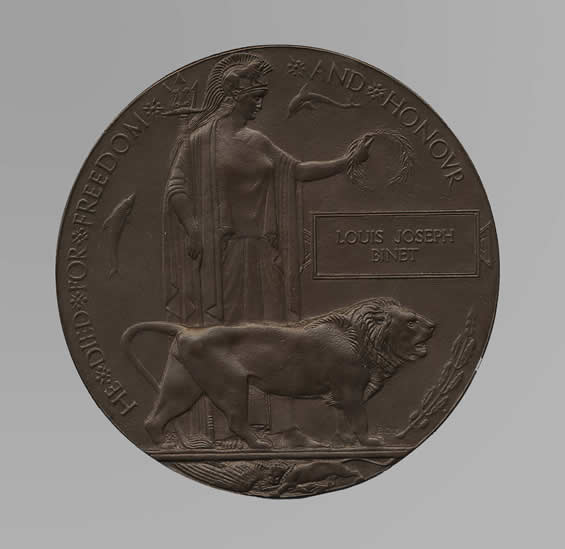 Memorial plaque commemorating the death of Lieutenant Louis Joseph Binet. Born in Quebec City in 1889, Binet had served before the war as a lieutenant in the Voltigeurs de Québec, one of French Canada's oldest reserve infantry regiments. During the war, he served in the 22nd Battalion, the only French-Canadian unit in the Canadian or British armies. Binet was killed at the age of 27 during the Battle of Courcelette on 16 September 1916. He has no known grave and his name is inscribed on the Vimy Memorial.