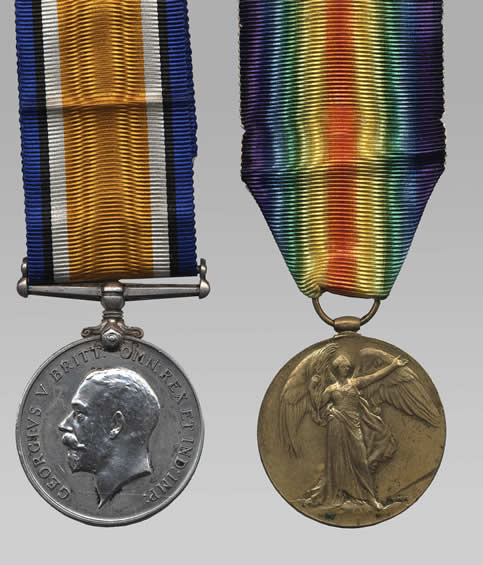 Medal set of Sapper Roderick C. Rogers, including, from left to right, the British War Medal 1914-1920, and the Victory Medal 1914-1919. Born in Prince Edward Island, Rogers enlisted in August 1918 with the Canadian Engineers while in Boston, Massachusetts. He was too late to see service in Europe, but served with the Engineers as part of the Siberan Expeditionary Force.