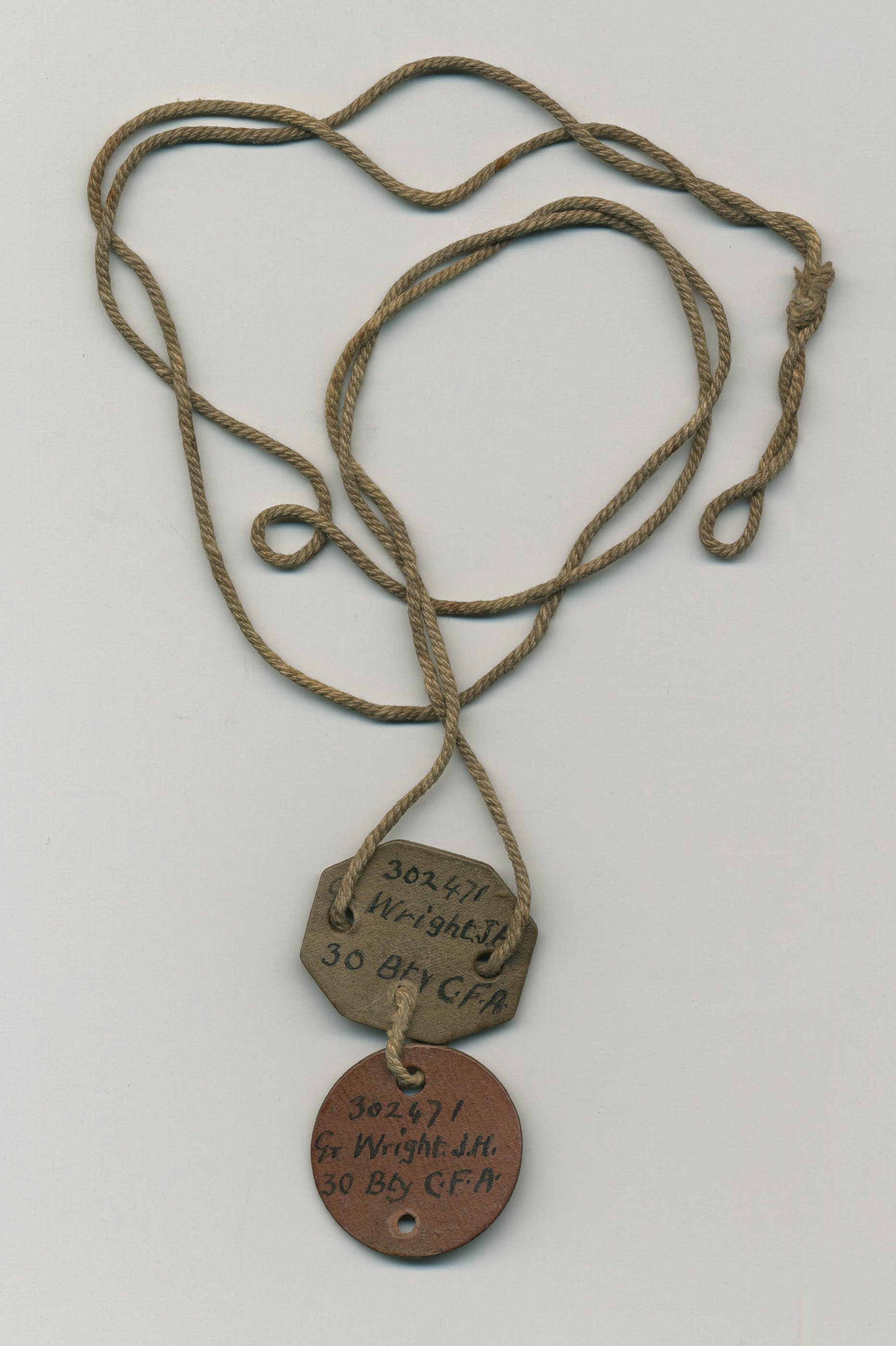 Identity disc of Gunner John Herbert Wright, who served with the 30th Battery, Canadian Field Artillery. Canadians initially carried a variety of informal identity discs, but by the Battle of the Somme (1916) identity discs came in pairs, one to be kept with the dead body and the other to be removed for reporting purposes. After the war, grave digging teams often disinterred remains from temporary wartime graves and reburied them in the official cemeteries of the Commonwealth War Graves Commission.