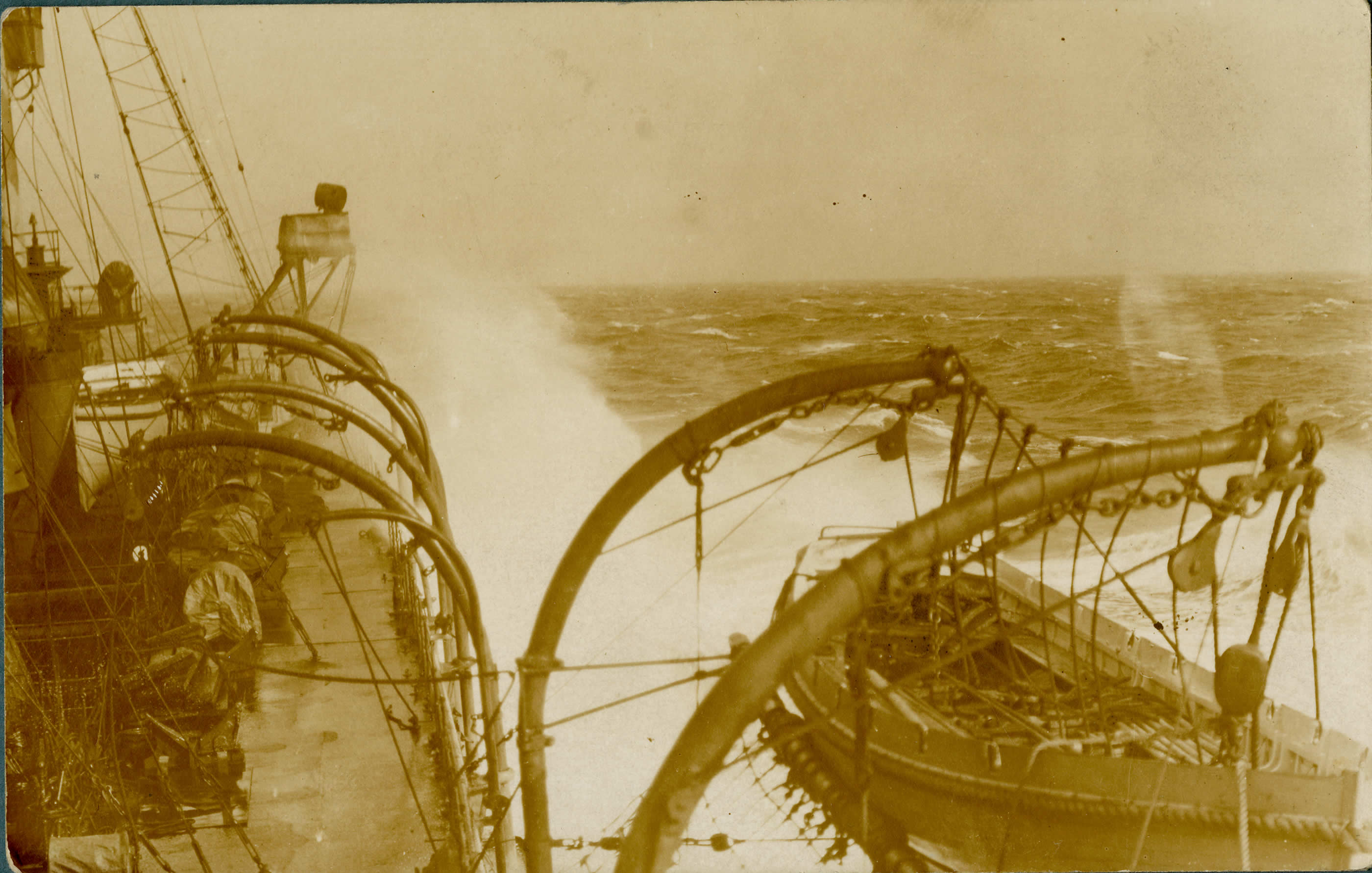 View from Niobe in rough seas in the south Atlantic while in pursuit of the German auxiliary cruiser Prinz Eitel Friederich. The Prinz Eitel Friederich was a civilian passenger liner converted at the start of the war to a naval cruiser. It operated as a commerce raider and sank several ships, including the first American vessel sunk in the war. Low on supplies, it arrived at Newport News, Virginia in March 1915 and was interned. When the United States entered the war in April 1917, the Prinz Eitel Friederich became an American warship, the USS DeKalb.