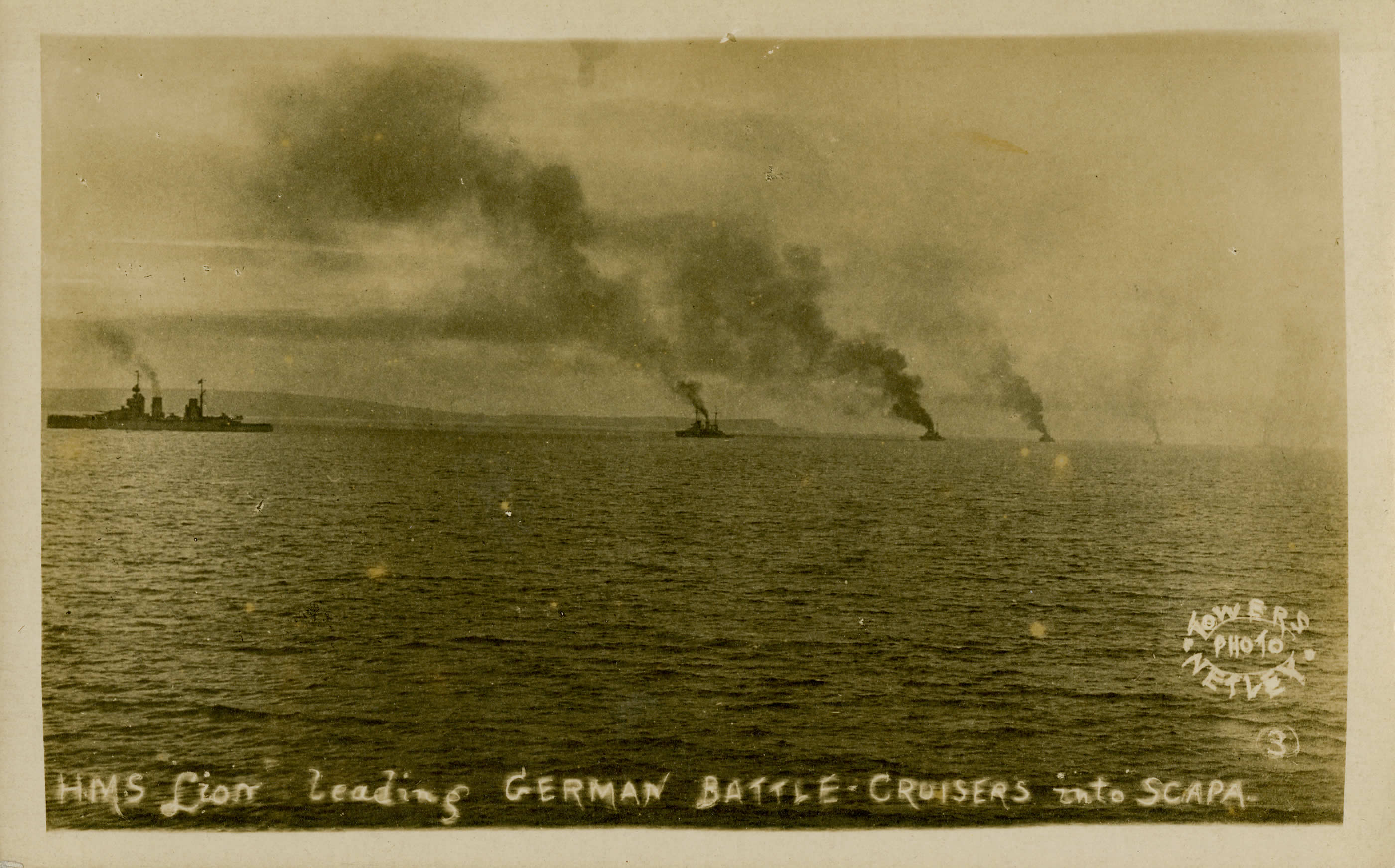 HMS Lion leads German warships into Scapa Flow, a deep body of water near Scotland's Orkney Islands and home port for Britain's Royal Navy. The Armistice ordered 74 German ships interned in these waters. On 21 June 1919, as the full terms of the Versailles Treaty were on the verge of being accepted by the German government, which would have resulted in the German navy falling into Allied hands, German naval officers sank their own ships. Most of the 74 German ships sank within three hours, the greatest scuttling of naval vessels in history. In a desperate bid to save the ships, the Royal Navy tried to prevent several ships from being sunk, and nine German sailors were killed. Some consider them the last victims of the First World War.