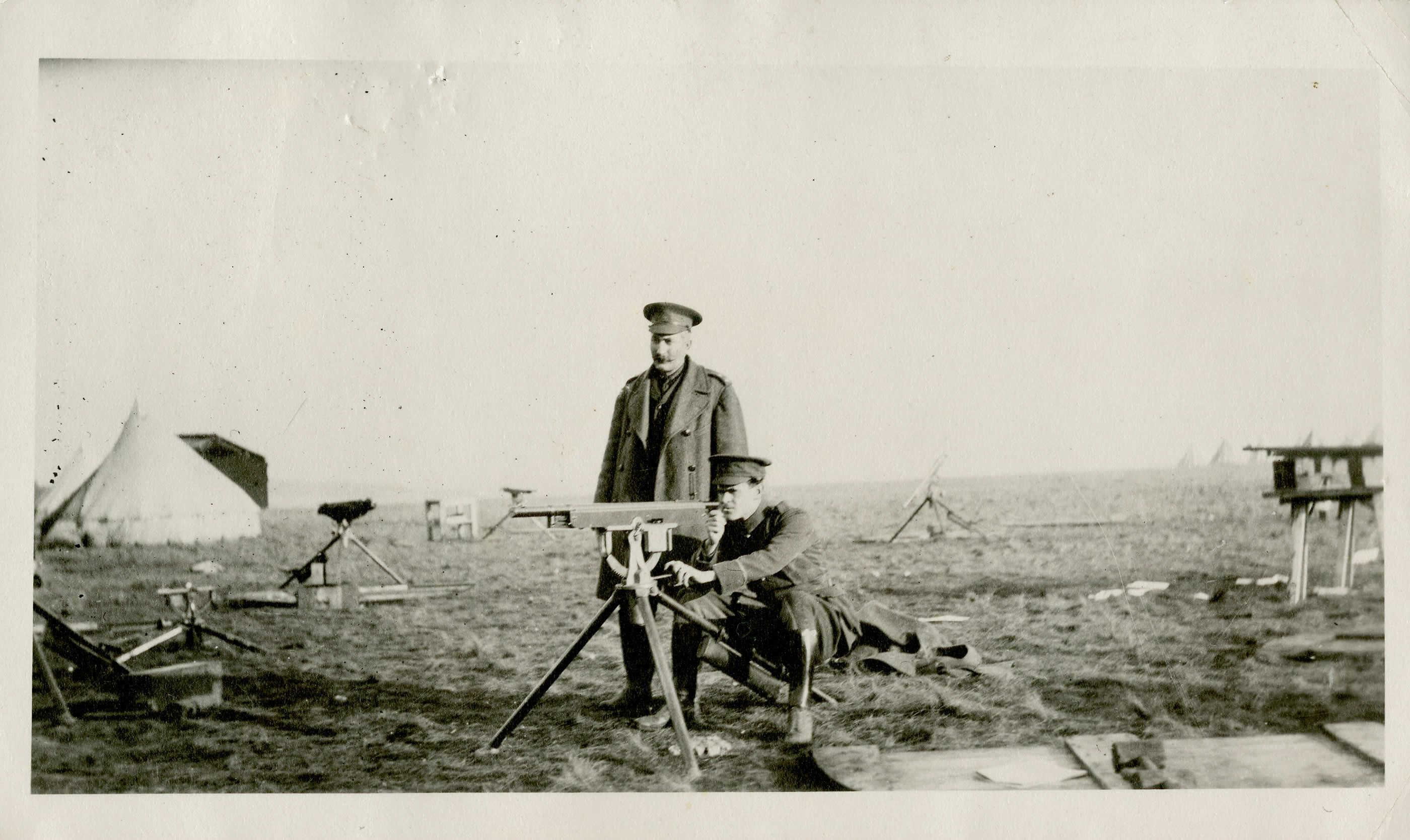 A soldier sights a Colt machine-gun on a firing range. The guns could fire 400 to 500 bullets a minute, but were prone to jamming. Canadians went to war with the American-made Colt, versions of which they had first used in the South African War (19899-1902), but had been issued the more reliable Vickers gun by the summer of 1916. Some infantry units used Colts long after their original replacement due to its light weight and ease of movement.