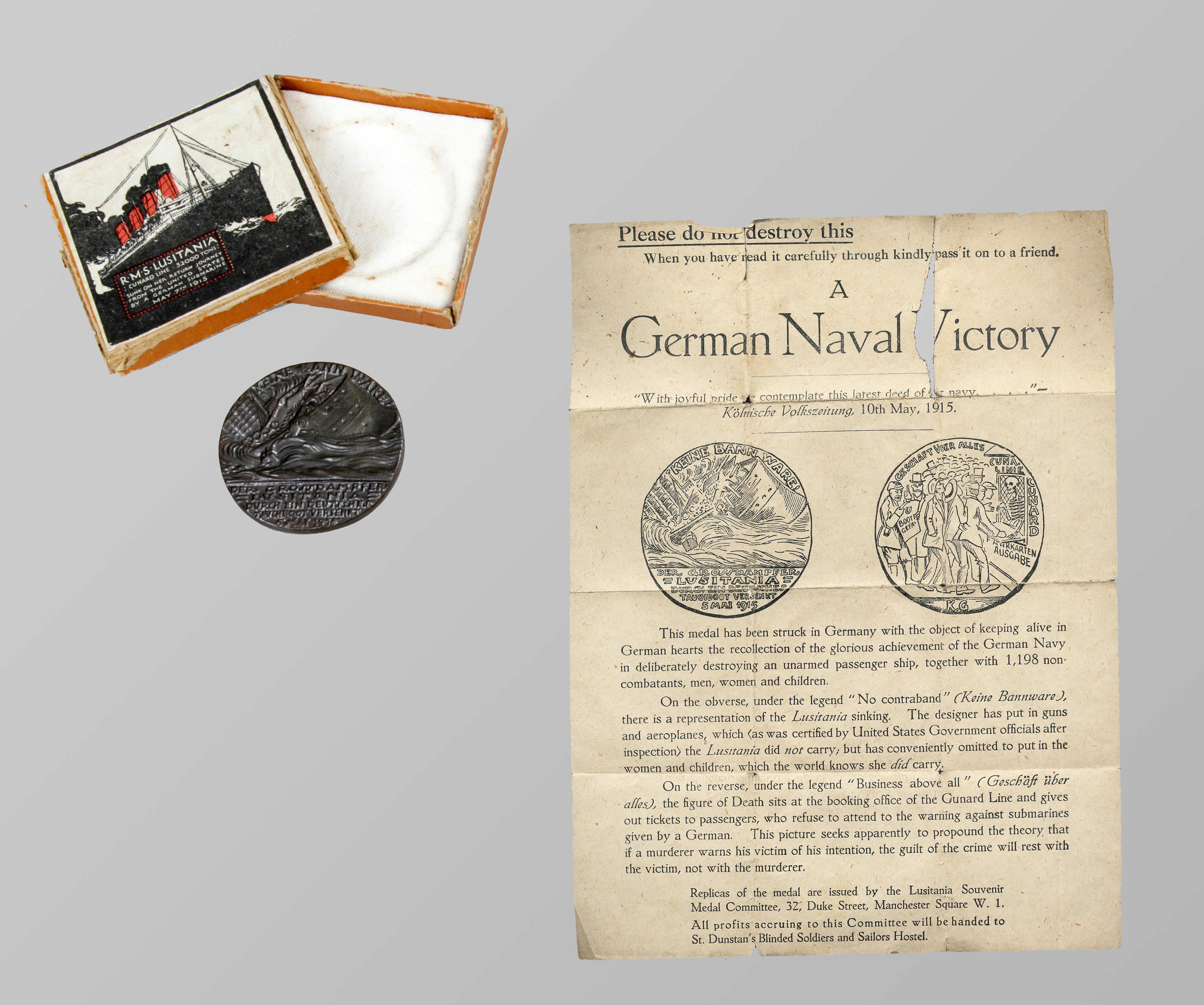 This British souvenir bronze medallion was created as propaganda related to the sinking of the Lusitania. Originally struck in Germany, artist Karl Goetz engraved the medal. On one side, the ironic words "no contraband goods" and the image of the sinking ship loaded with war supplies suggests that the Germans were justified in targeting a passenger liner. The other side shows a line of passengers willingly buying their tickets from death, even though they have been warned about the U-Boat threat, as shown in a newspaper. The medal first appeared with the incorrect date of 5 May 1915, two days before the actual attack. The British pounced on this. The medal's design was replicated in Britain and sold cheaply for propaganda purposes, an example of German militarism that celebrated the death of civilians and, with the incorrect date, an insinuation that it had been a pre-planned attack against the vessel. Full Text