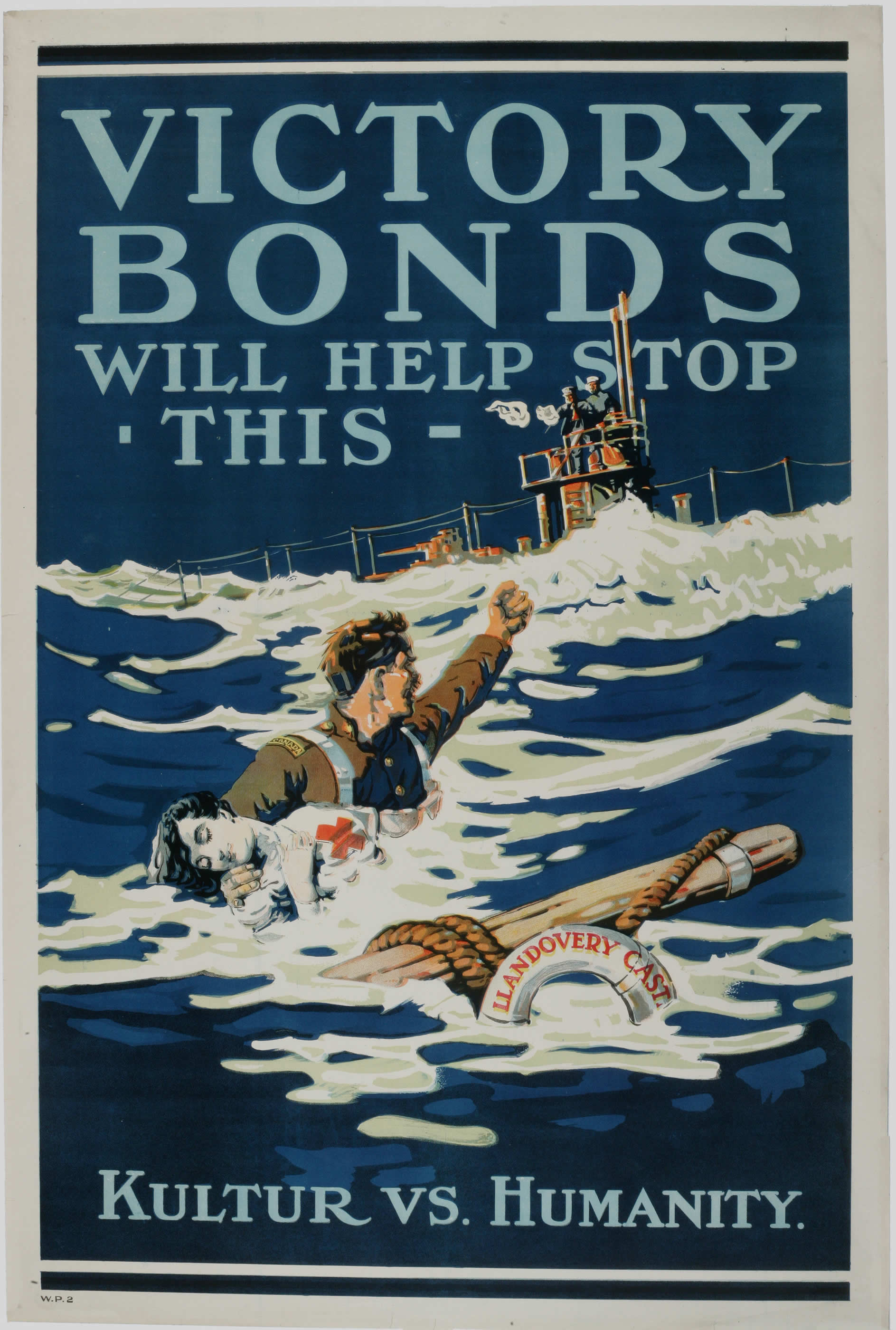 This Canadian Victory Bond poster evokes the image of the Llandovery Castle, a Canadian hospital ship torpedoed by German U-boat U-86, off the coast of Ireland on 27 June 1918. The attack killed 234 people, including 94 Canadian medical officers and nurses. At the bottom of the poster is the message: "Kultur vs. Humanity." Wartime propaganda soon referred to German Kultur (culture) as a damning insult, a supposed predisposition for war, cruelty, and destructiveness that placed Germany outside the community of civilized nations. A total effort against such an enemy was more than justified, it was expected.