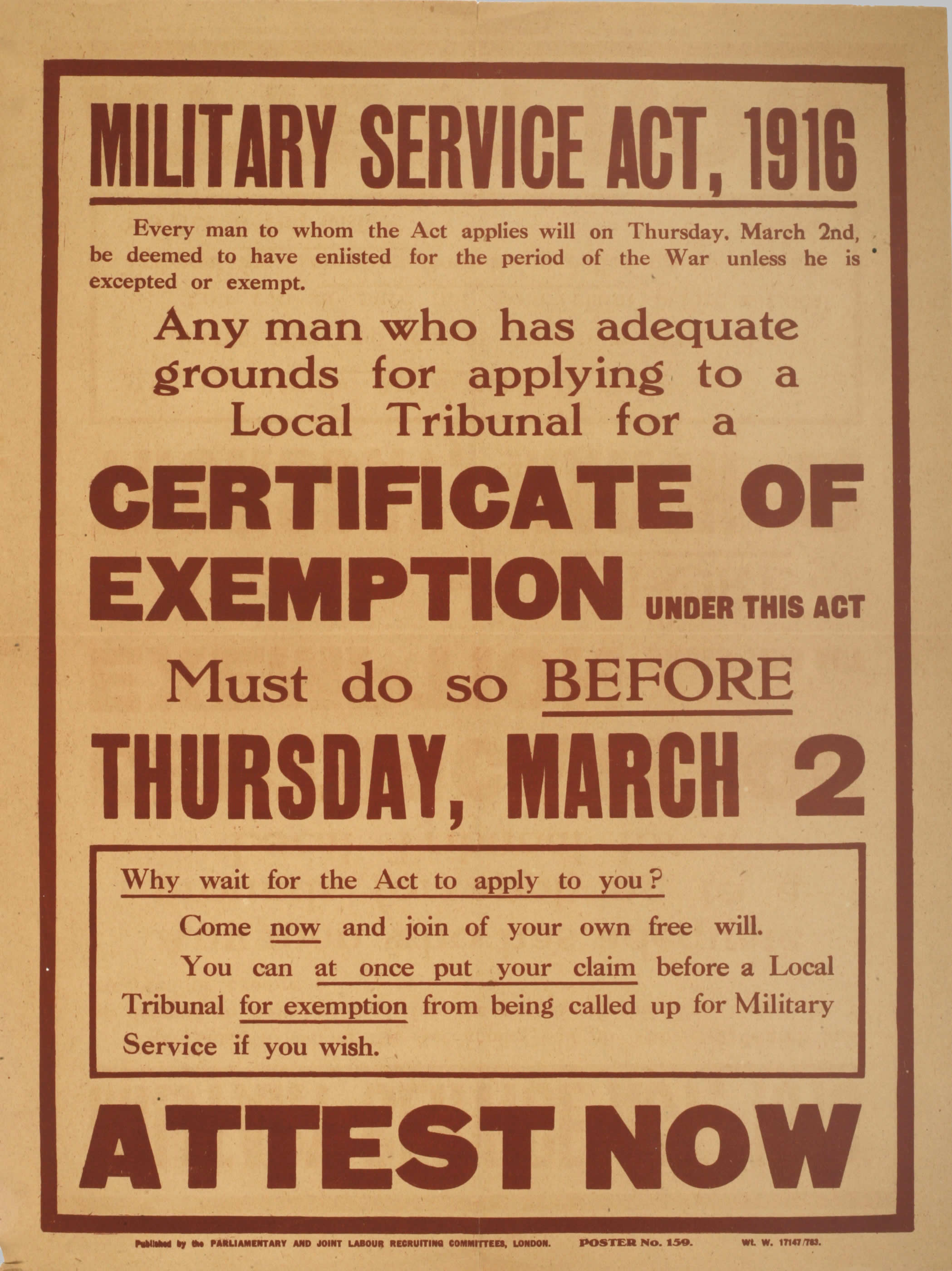 Poster advertising Great Britain's Military Service Act of 1916, which invoked conscription for all men, ages 18 to 41. Most European countries practiced conscription before and during the war, including France, Germany, Russia, and Austria-Hungary. Britain and most of the dominions adopted it only as a temporary wartime measure after voluntary efforts had waned. Australia was an exception, its citizens twice rejecting conscription in national referendums. Canada would pass its own Military Service Act in 1917. Full Text