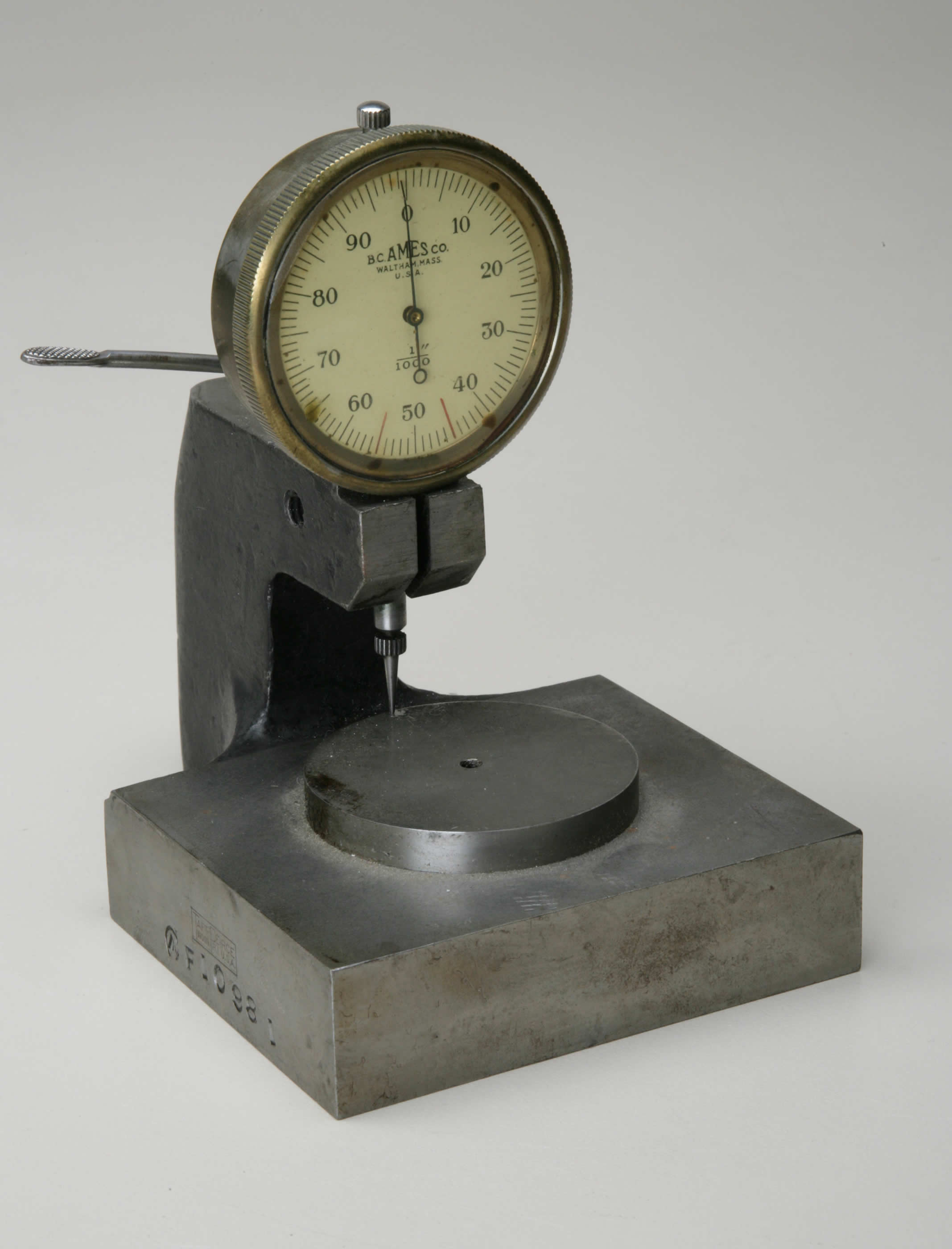 Fuse manufacturing was one of the era's most complex and challenging operations. Parts were small and tolerances low. Inspectors used specialized instruments like this to test the quality of the fuse before it left the factory.

This gauge is a dial gauge used in the manufacture of the Number 80 Mark VII artillery fuse. The Number 80 fuse was both an igniferous time fuse and a percussion impact fuse used on the 18-pounder shell. The fuse enables a shrapnel shell to burst in the air after a time delay or to burst upon impact with barbed wire or the ground. The time delay was set by a gunner using two time rings on the fuse which measured time in one-tenth of a second increments to a maximum of 22 seconds.

The manufacturing of igniferous time fuses called for exact tolerances in every part used in their assembly. These tolerances were often measured in thousandths of an inch, allowing for little variation between identical parts. This gauge measured the thickness of one of the rings used to set the time delay on the fuse. The tolerance for this measurement was ten-thousandths of an inch as indicated by the red markings on the dial face. If a part of the fuse, such as a time ring, was manufactured too thick or too thin, it could prevent the accurate setting of the time delay resulting in the premature explosion of the shell.