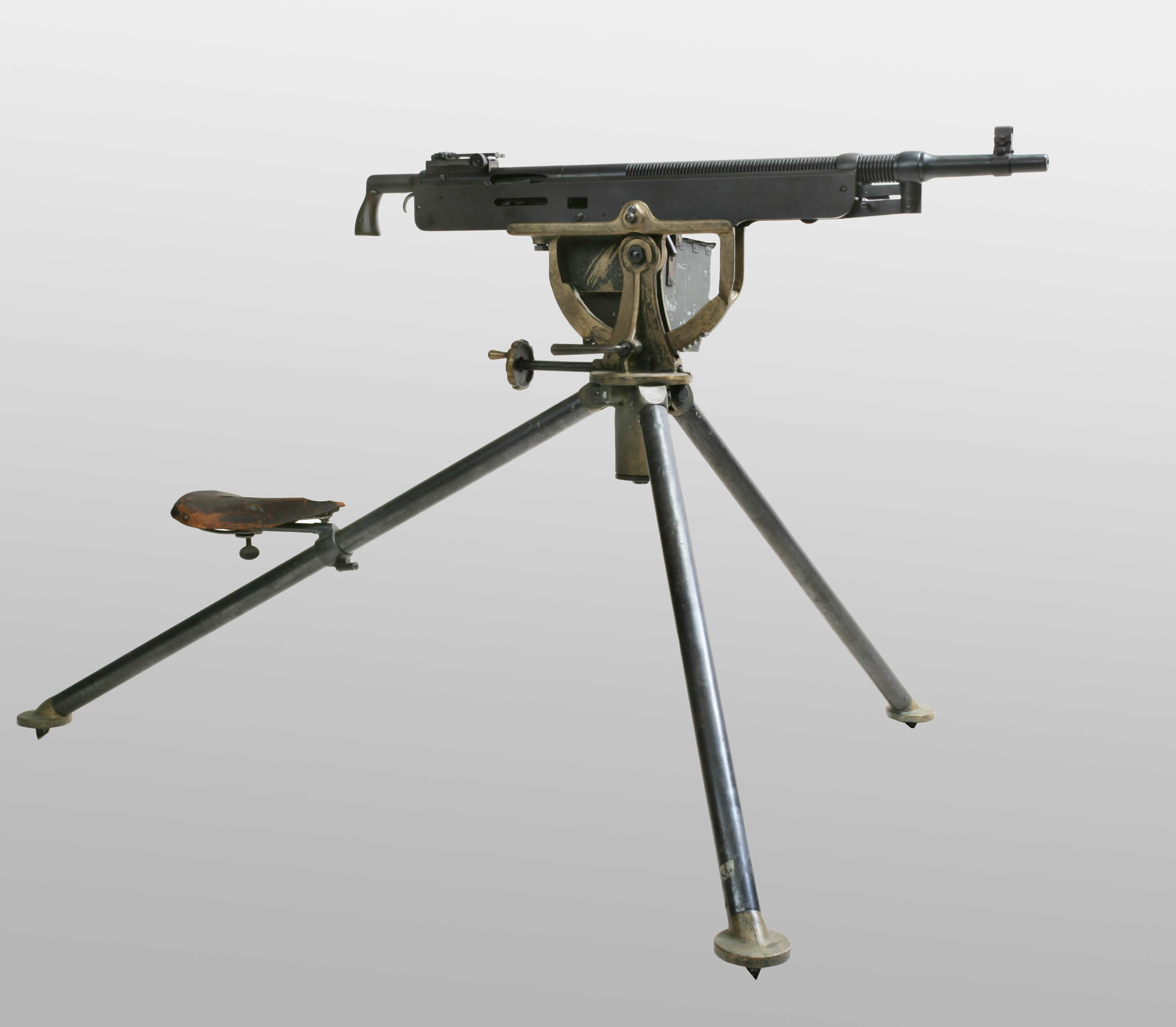 The Colt "Model 1914" was a gas-operated machine-gun first used by Canadians in the South African War (1899-1902). Canada purchased 932 Colts at the outbreak of the First World War, and issued four guns per infantry battalion in early 1915. Canadian machine-gunners identified a number of shortcomings with the Colt "Potato Digger" (nicknamed because it often kicked up dirt and debris as it fired), and modified many weapons in France and Flanders to better suit trench conditions. The tripod's legs were often "sawed off" to reduce the gun's overall height when in use, and a modified cocking lever allowed the gun to be loaded without exposing the crew to enemy fire. Canadians used the Colt until summer 1916, when it was replaced by the Vickers machine-gun.