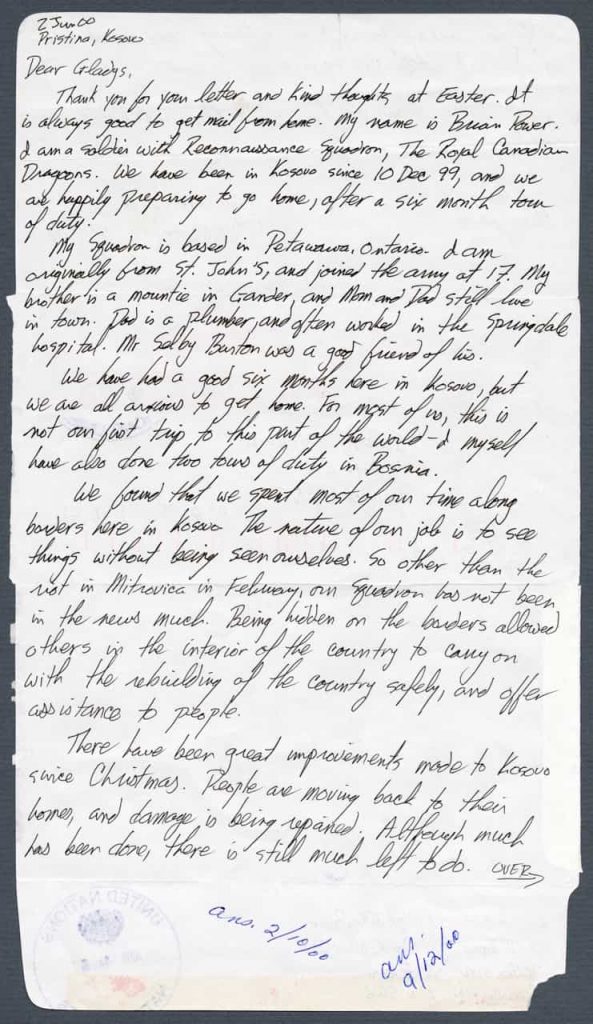 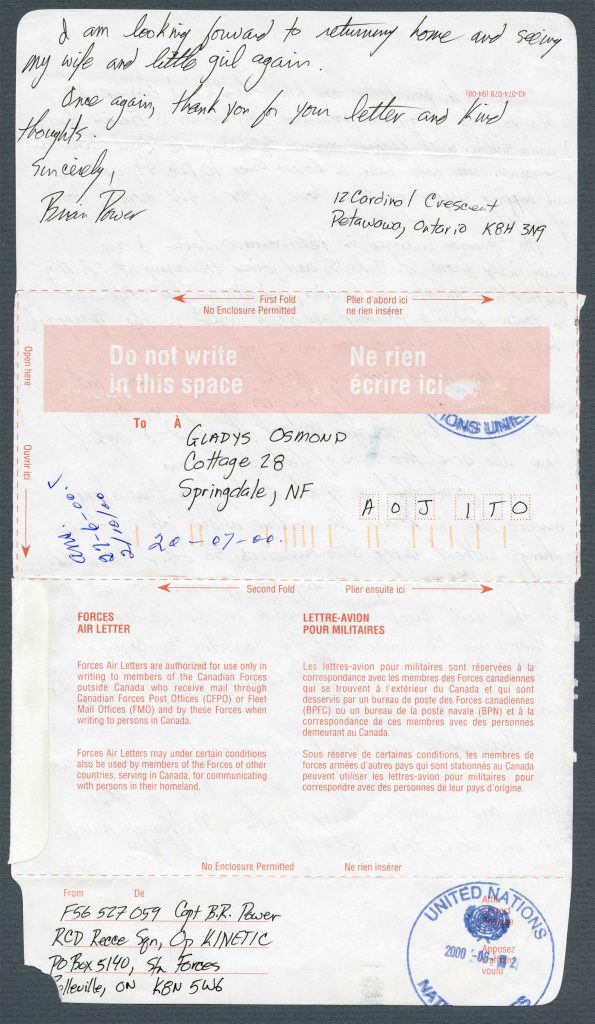 Gladys Osmond began writing to missionaries in foreign countries as a child in 1930. Some fifty years later, she sent her first letter to a Canadian soldier, Warrant Officer John Hann, the son of people she met at work. Hann shared her letter around, and other soldiers asked if she would write them too. Soon she was writing letters to Canadian soldiers all over the world, and founded the “Granny Brigade,” a collection of retirees that all wrote to Canadians in uniform far from home.

For years, Osmond sent more than 300 letters a month, and the Granny Brigade collectively posted more than 100,000 letters. Osmond donated 1,923 letters and emails from soldiers serving on peacekeeping missions and other combat operations to the Canadian War Museum in 2013. This is one example.

Thank you for your letter and kind thoughts at Easter. It is always good to get mail from home. My name is Brian Power. I am a soldier with Reconnaissance Squadron, The Royal Canadian Dragoons. We have been in Kosovo since 10 Dec 99, and we are happily preparing to go home, after a six month tour of duty.

We have had a good six months here in Kosovo, but we are all anxious to get home. For most of us, this is not our first trip to this part of the world—I myself have also done two tours of duty in Bosnia.

We found that we spent most of our time along borders here in Kosovo. The nature of our job is to see things without being seen ourselves. So other than the riot in Mitrovica in February, our squadron has not been in the news much. Being hidden on the borders allowed others in the interior of the country to carry on with the rebuilding of the country safely, and offer assistance to people.

There have been great improvements made to Kosovo since Christmas. People are moving back to their homes, and damage is being repaired. Although much has been done, there is still much left to do.

I am looking forward to returning home and seeing my wife and little girl again.

Once again, thank you for your letter and kind thoughts.