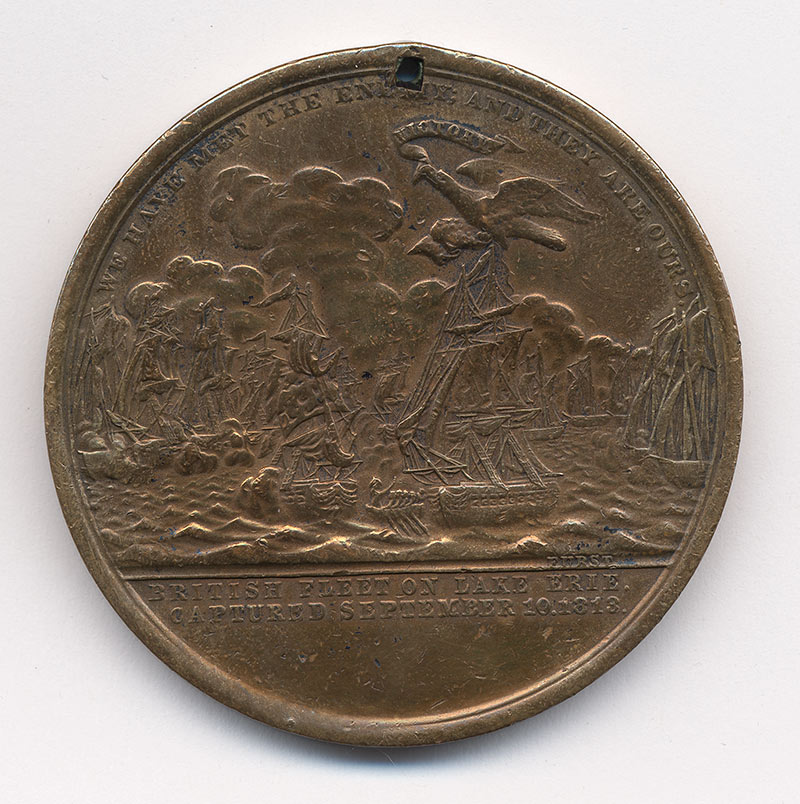 The government of Pennsylvania struck this medal after the War of 1812 to commemorate Commodore Oliver Hazard Perry’s victory over a British squadron at the battle of Lake Erie in September 1813. It features a bust of Perry on one side and a depiction of the battle on the other.