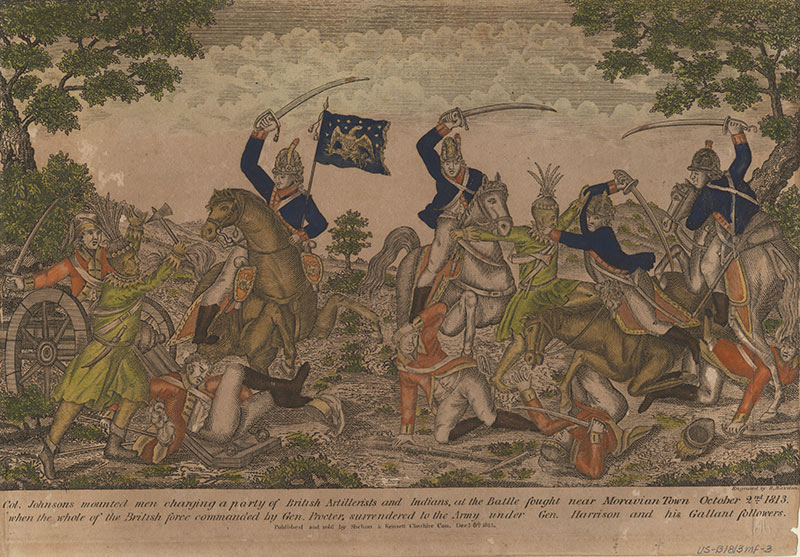 Every American invasion of Canada ultimately failed. Most of them occurred in southwestern Upper Canada, far from Quebec City, the one place where the British could be decisively defeated. At the battle of the Thames (or Moraviantown) in 1813, however, depicted here, an American army killed Tecumseh and broke the alliance he helped lead.