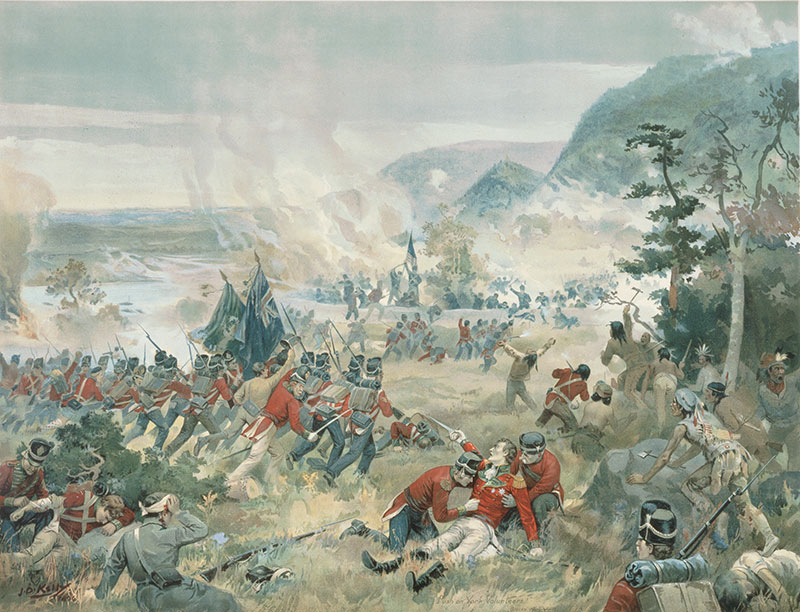 The Battle of Queenston Heights

On 13 October 1812, an American army began a second invasion of Upper Canada, crossing the Niagara River at the village of Queenston. The action in this painting centres on Major-General Sir Isaac Brock, who has just been shot down while leading a charge to dislodge American troops from the nearby heights. Although historically inaccurate, this painting does portray Britain’s ability to place well-led, disciplined troops on Canadian battlefields and has become an iconic Canadian image of the War of 1812.

The Battle of Queenston Heights, 13 October 1812