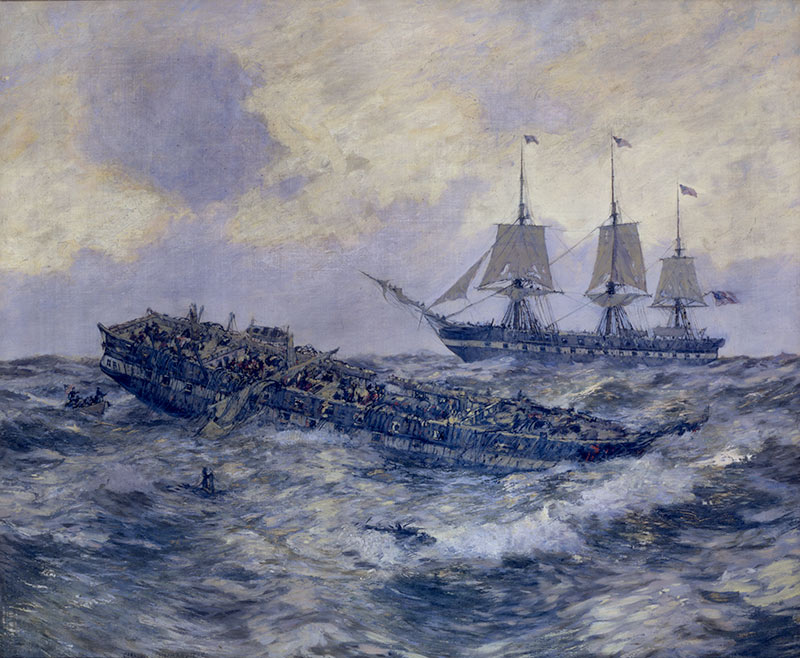 The USS Constitution was one of six frigates built for the United States Navy in 1797. Their heavier design and superior sailing qualities helped the Constitution and its sister ships achieve a series of notable victories over the Royal Navy during the War of 1812. The Constitution survives into the twenty-first century, and remains afloat and in active commission as a memorial and museum for the U.S. Navy in Boston, Massachusetts.

Engagement between the U.S. Frigate Constitution and H.M.S. Guerriere