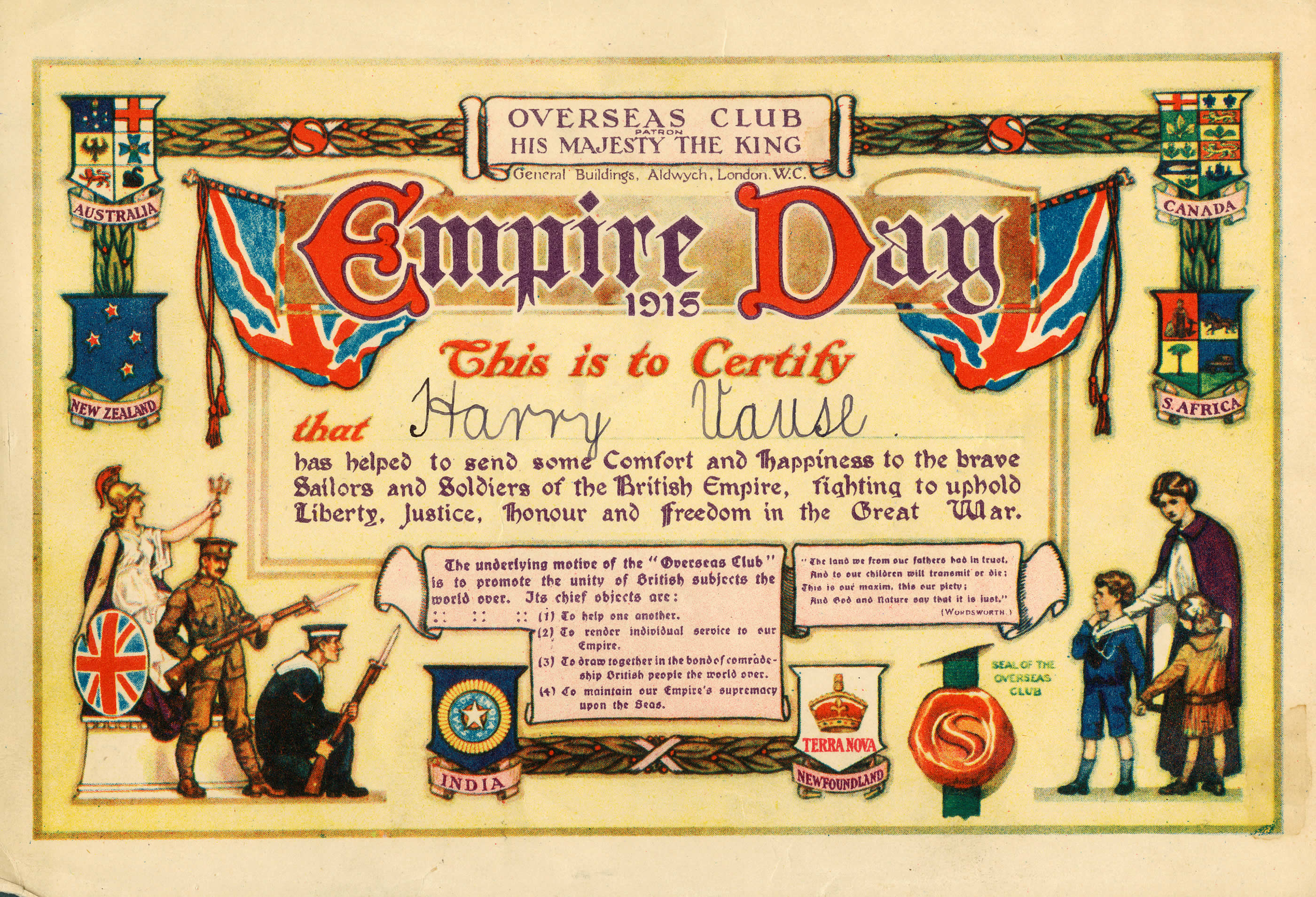 Certificate issued to Harry Vause by the Overseas Club in recognition of his work in sending comforts to soldiers and sailors. This certificate was issued in commemoration of Empire Day, 1915. Observed on the school day proceeding the 24 May holiday, Empire Day was a celebration of patriotism for the children of English-speaking Canada. During the war, it took an air of even fiercer loyalty and support for Britain and those soldiers "fighting to uphold liberty, justice, honour and freedom in the Great War." Full Text