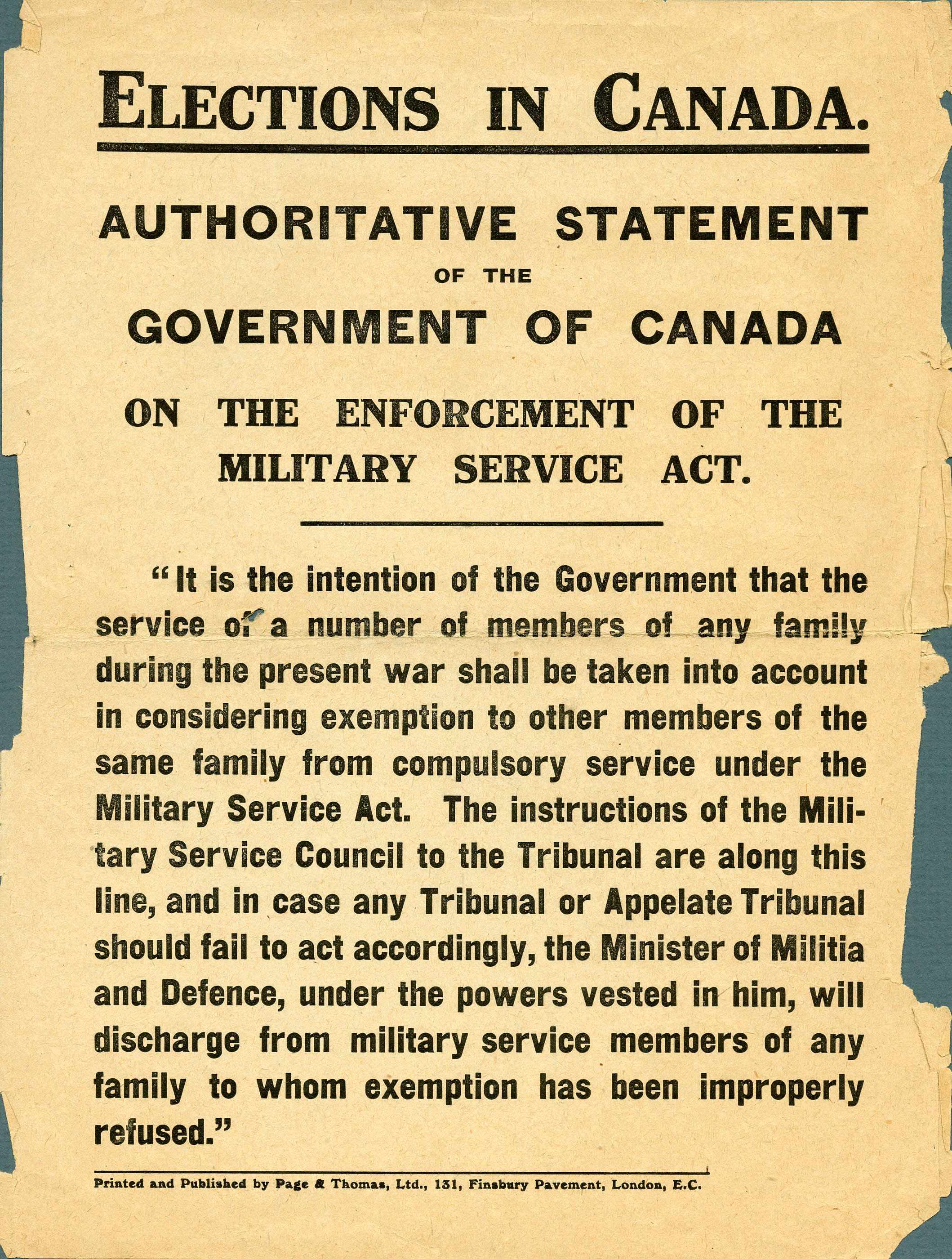 This pamphlet informed voters that under the Military Service Act families who had already contributed someone to military service would be considered for exemption. This certainly would have appealed to families with loved ones overseas who wanted to see the war's burden shared more evenly. In April 1918, after German offensives on the Western Front had worried the government about the prosecution of the war, it cancelled almost all exemptions. This affected farmers' sons in the greatest numbers. The only remaining exemption was a result of the "death, disablement or service of other members of the same family while on active service." Full Text