The federal government decided in 1917 to conscript young men for overseas military service. Voluntary recruitment was failing to maintain troop numbers, and Prime Minister Sir Robert Borden believed in the military value, and potential post-war influence, of a strong Canadian contribution to the war.

The conscription debate echoed public divisions on many other contemporary issues, including language education, agriculture, religion, and the political rights of women and immigrants. It also grew into a test of one’s support for, or opposition to, the war as a whole. Charges of disloyalty, cowardice, and immorality from avid pro-conscription advocates were matched by cries of imperialism, stupidity, and bloodlust by the anti-conscription camp.

The campaign’s viciousness sometimes obscured the debate’s complexity. Many anti-conscription advocates fully supported the war, for example, while not all pro-conscription voices argued their case by using linguistic or racial smears to diminish their opponents.

The conscription debate raged through most of 1917 and into 1918. The required legislation, the Military Service Act, worked its way through Parliament during the summer to be passed in late August. It made all male citizens between the ages of 20 and 45 subject to military service, if called, for the duration of the war.

Conscription was the main issue in the federal election that followed in December, a bitter contest between Conservative / Unionist Sir Robert Borden and Liberal Sir Wilfrid Laurier. Borden, running on a ‘Unionist’ pro-conscription ticket that attracted many English-speaking Liberals, won decisively, but lost heavily in Francophone areas of Quebec.

The Wartime Elections Act gave the vote to the wives, mothers, and sisters of soldiers, the first women permitted to vote in Canadian federal elections. These groups tended to favour conscription because it supported their men in the field.

The Act then denied the vote to many recent immigrants from enemy countries (“enemy aliens”), unless they had a family member in military service. At the same time, the Military Voters Act extended the vote to all military personnel and nurses, including women, regardless of their period of residence in Canada.

Borden’s margin of victory in December was greater than the votes delivered by either of these controversial measures, but each had been highly successful. More than 90 percent of military votes, for example, were Unionist.

A broadly popular but divisive measure, conscription polarized provinces, ethnic and linguistic groups, communities, and families, and had lasting political effects on the country as a whole. For many Canadians, it was an important and necessary contribution to a faltering war effort; for others, it was an oppressive act passed dishonestly by a government more British than Canadian.

Farmers sought agricultural exemptions from compulsory service until the end of the war. Borden’s government, anxious for farmers’ votes, agreed to limited exemptions, largely for farmers’ labouring sons, but broke the promise after the election. The bitterness among farmers, many of them in the West, led to the development of new federal and provincial parties.

French-speaking Canadians continued their protests as well, and young men by the tens of thousands joined others from across Canada in refusing to register for the selection process. Of those that did register, 93 percent applied for an exemption. An effort to arrest suspected draft dodgers was highly unpopular across the province and, at its worst, resulted in several days of rioting and street battles in Quebec City at Easter, 1918. The violence left four civilians dead and dozens injured, and shocked supporters on both sides.

Conscription had an impact on Canada’s war effort. By the Armistice, 48,000 conscripts had been sent overseas, half of which served at the front, providing crucial soldiers for the Hundred Days campaign. These reinforcements allowed the Canadian Corps to continue fighting in a series of battles, delivering victory after victory, from August to the end of the war on 11 November 1918. More than 50,000 more conscripts remained in Canada. These soldiers would have been required had the war continued into 1919, as many expected it would. 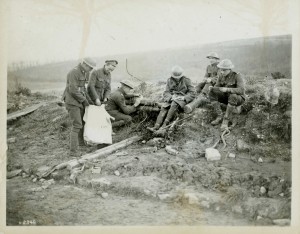 Voting up the Line

Canadian soldiers at the front voting in the 1917 election. Two soldiers with a sack wait to collect the completed ballots. Canadians engaged in military service, regardless of race, age or gender, were eligible to vote. Ninety percent of them voted for Sir Robert Borden's Union government that ran a campaign based on invoking conscription. 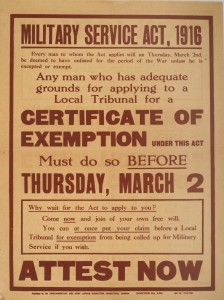 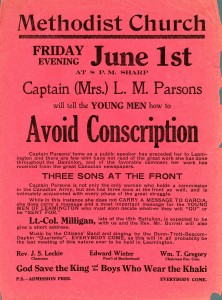 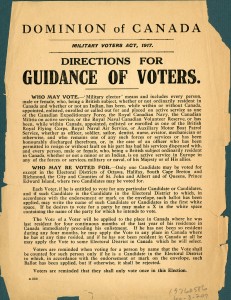 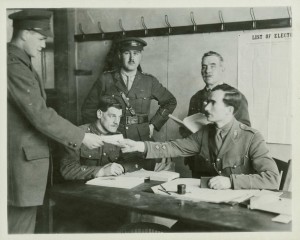 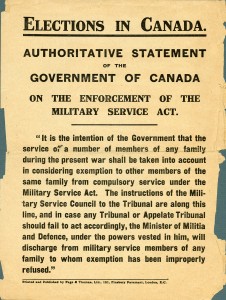 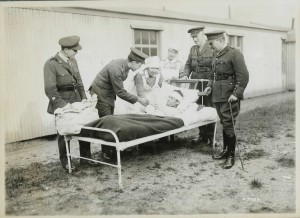 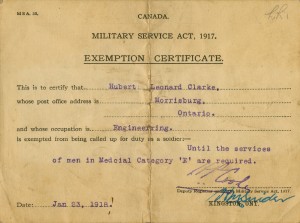 Forms from the Military Service Act of 1917 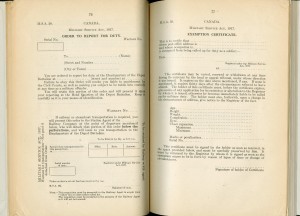 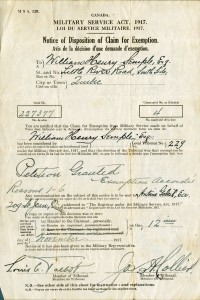 How to Vote YES 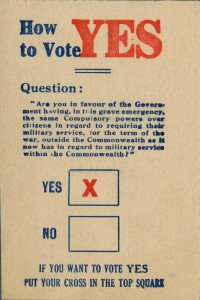 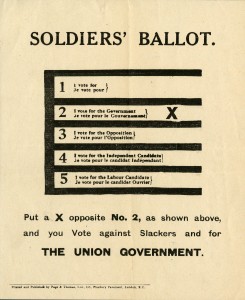 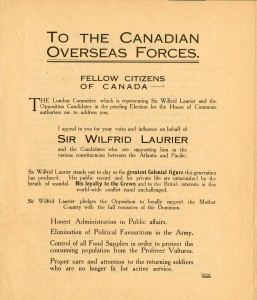 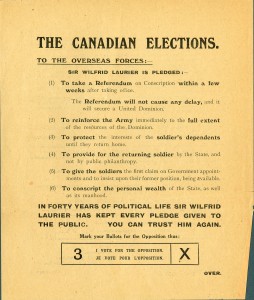