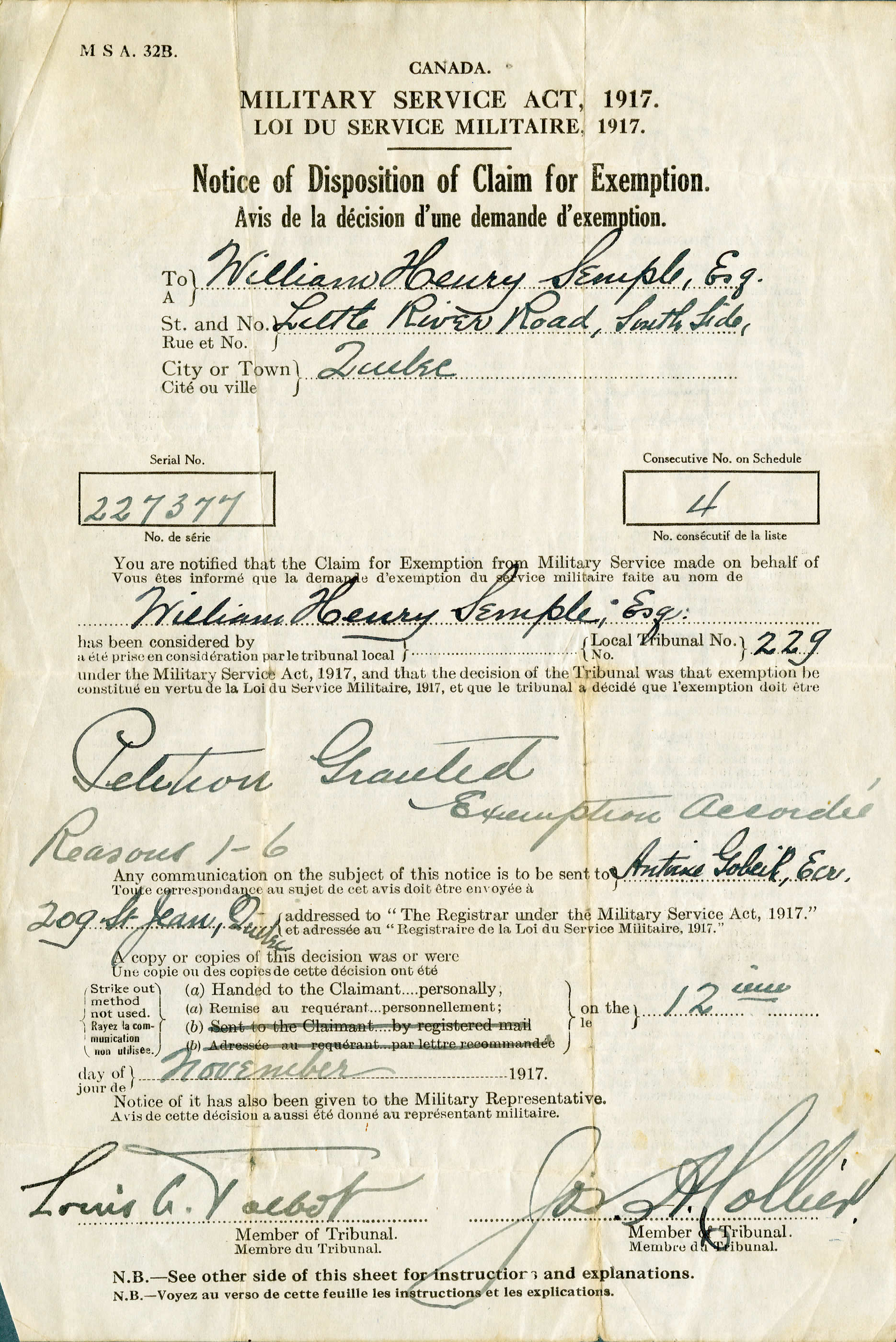 This Notice of Disposition of Claim for Exemption excuses William Henry Semple from military service. The permission for exemption was granted by Semple's local tribunal held in Quebec in November 1917. Potential conscripts pleaded their case to local tribunals established across the country. Conscripts could be exempted for numerous reasons, including an occupation that was considered to be of "national interest" in supporting the war effort; if they could prove that their service would impose undue hardship on their families or businesses; for health reasons; for conscientious objection; and if the conscript had been disenfranchised under the Wart-time Elections Act. Semple's form is confusing as his exemptions include several of the above reasons, many of which are contradictory.