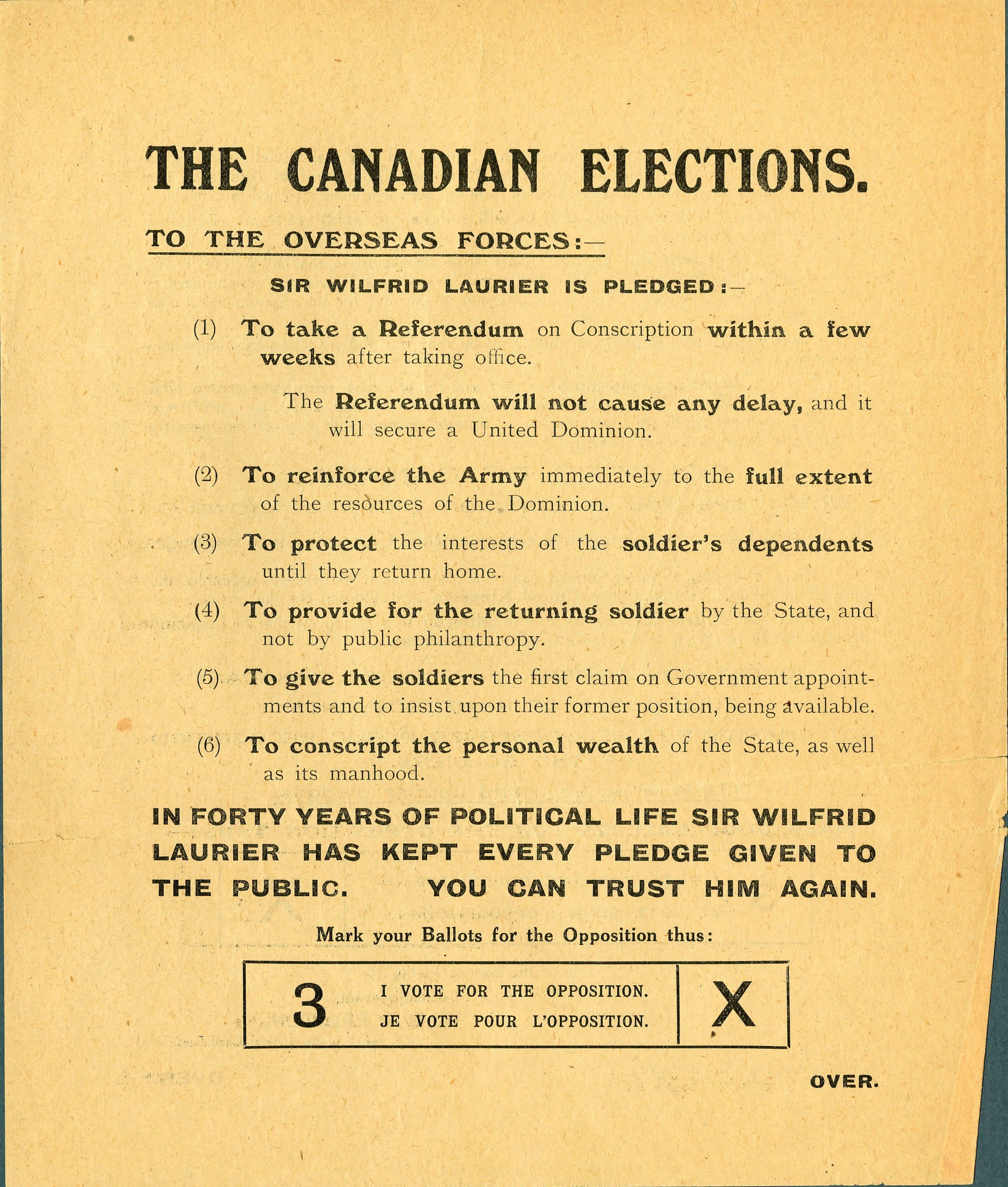 Letter to Canadian soldiers urging them to vote for Sir Wilfrid Laurier's Liberal Party. Conscription became the primary issue of the 1917 election, which pitted Laurier's Liberals against Sir Robert Borden's Unionists. The advertisement assures soldiers that they can trust Laurier, noting that in 40 years of political life he has kept every pledge given to the public. The soldiers overwhelmingly rejected the Liberal platform, voting 90 percent for conscription. Full Text