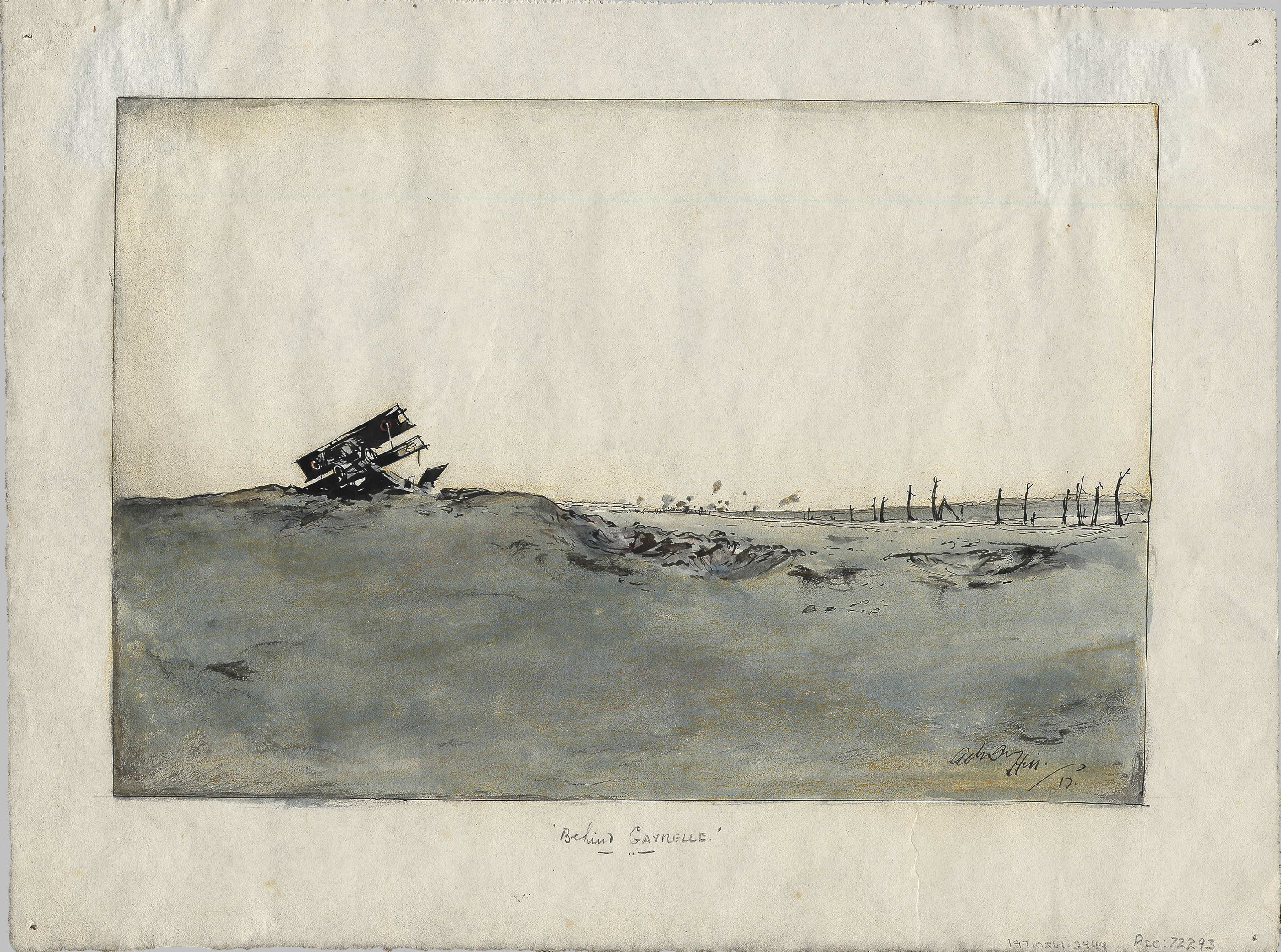 A downed aircraft lies more or less intact on the battlefield. A pilot's only hope of surviving engine failure was to bring the aircraft down in a controlled glide. Allied pilots were denied parachutes mainly due to the callous belief that they would too readily abandon a damaged aircraft. In 1918, the German air force would introduce a standard parachute for aircrew, the only air force to do so during the war.