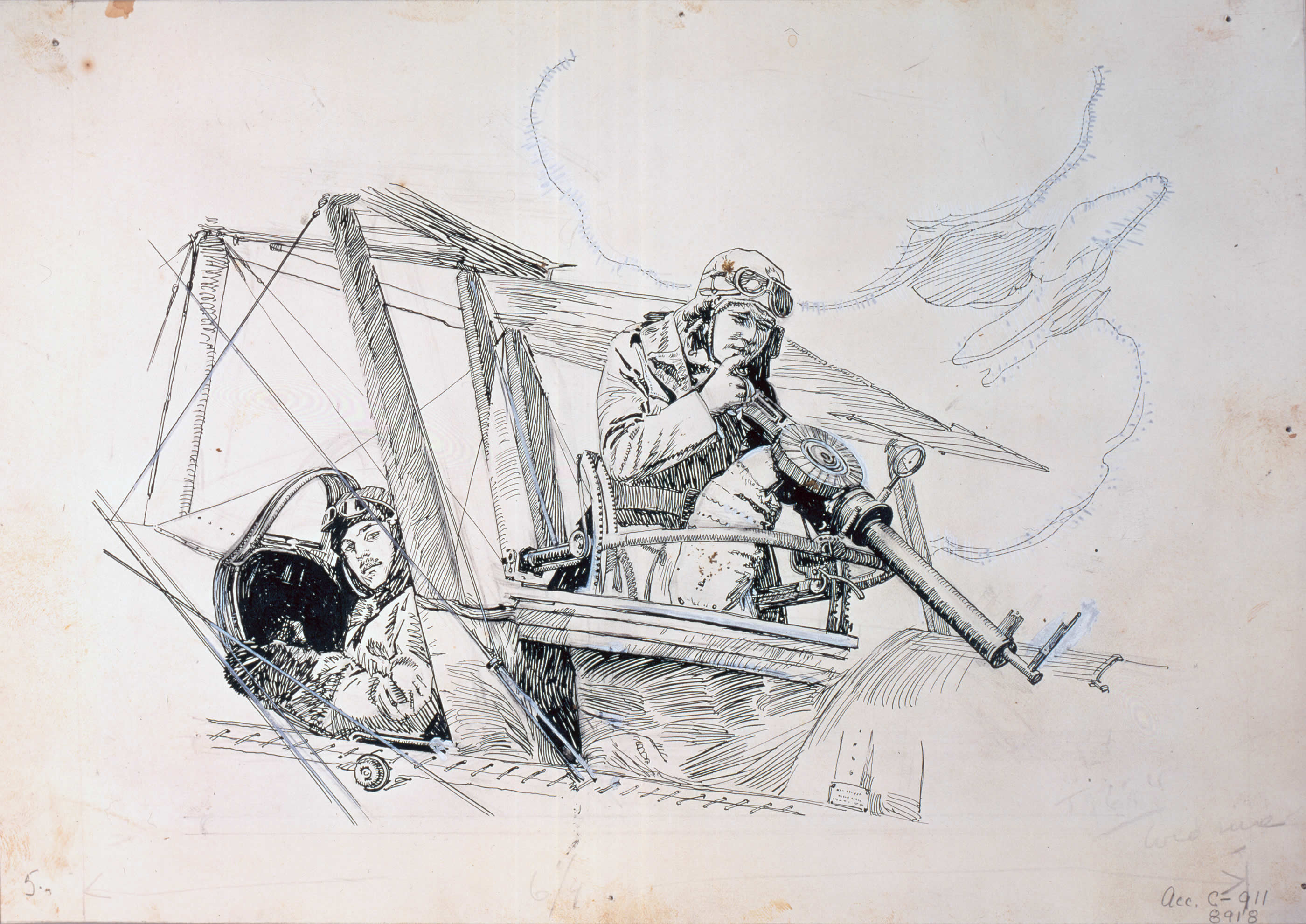 Sketch of Pilot and Observer

A study by artist Frederick Varley of a pilot and aerial observer. In the rear seat, the observer is also responsible for a Lewis gun. The title of the sketch, The Young Man's Element, the Air, speaks to the perception that air combat was gallant and chivalrous. In reality, the techniques of aerial combat were not particularly chivalrous. They usually involved sneak attacks on vulnerable targets, and experienced flyers preyed on new enemy pilots.