Aircraft were initially used for reconnaissance to track the movement of enemy troops and often carried cameras to photograph the battlefield. These photographs were later used to study enemy fortifications and transformed into maps for the infantry. By 1916, aircraft assisted the artillery in spotting the fall of shells, helping to coordinate and correct fire. Enemy guns and troops were forced to camouflage their positions to hide them from aerial observation.

Trouble Communicating with the Ground

Air-to-ground communication was a problem throughout the war. Dropping a message from the air by streamers or in packages was perhaps the most effective technique, but only if the intended party on the ground could retrieve it in time for the message to prove useful. Later in the war, primitive wireless communication allowed for the transmission of short, simple messages.

Commanders on the ground soon came to rely heavily on information acquired from overhead aircraft and understood the value of such information to the enemy. They tried to win “command of the air” by attacking or driving off enemy aircraft, and sought to hide ground activity from aerial observation by using camouflage, working or moving at night or in bad weather, and other tactics.

Because intelligence-gathering aircraft had to fly low and slow along predictable flight paths to photograph the front or track the movement of troops on the ground, they were often easy victims for enemy fighters and anti-aircraft guns. In addition to fighter screens, many of these planes were two-seaters, with a gunner operating a machine-gun to fend off enemy attacks. 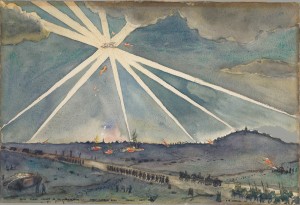 Caught in the Searchlights

A German observation plane, caught in six searchlights, is fired at by multiple anti-aircraft guns on the ground. This scene occurred along the Arras-Cambrai Road in September 1918. 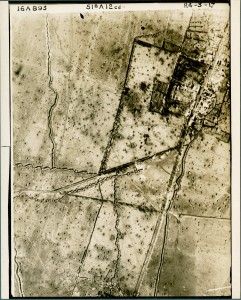 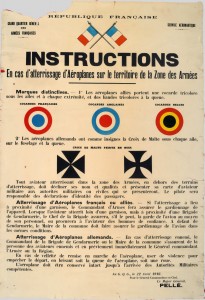 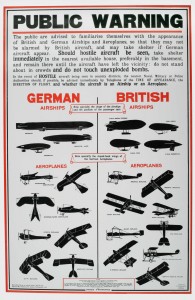 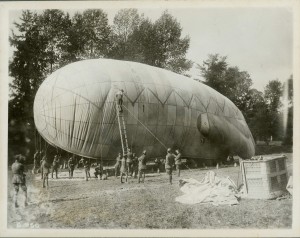 Sketch of Pilot and Observer 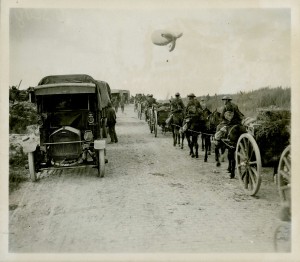