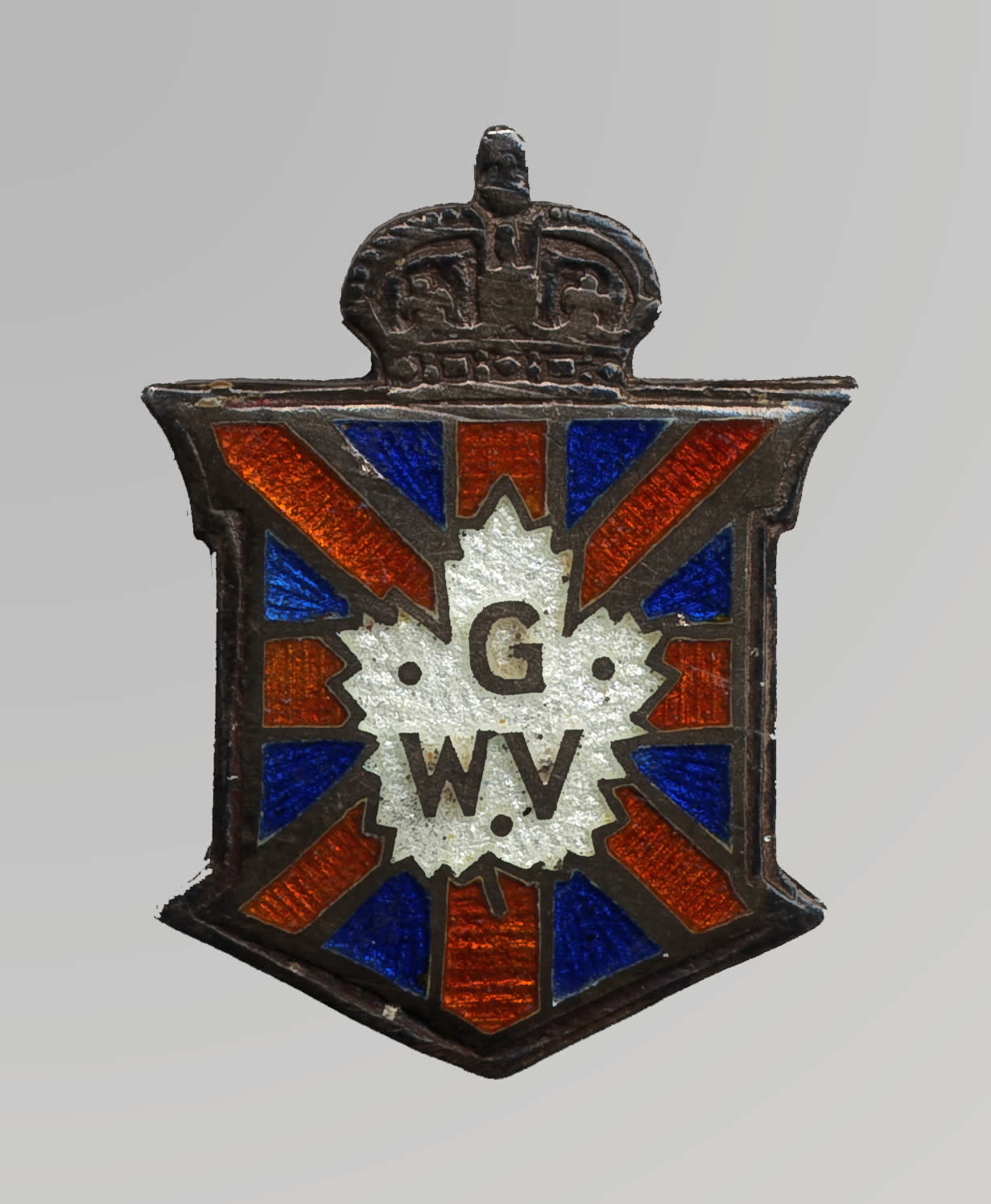 This badge recognized individual military service and membership in the Great War Veterans' Association (GWVA). It was worn by Captain William Henry Brothers, who served as a doctor with the Canadian Army Medical Corps. The GWVA was the largest of several veterans' organizations in the inter-war period. It merged with smaller groups to form the Canadian Legion of the British Empire Service League in 1925. The Canadian Legion became the Royal Canadian Legion in 1960.