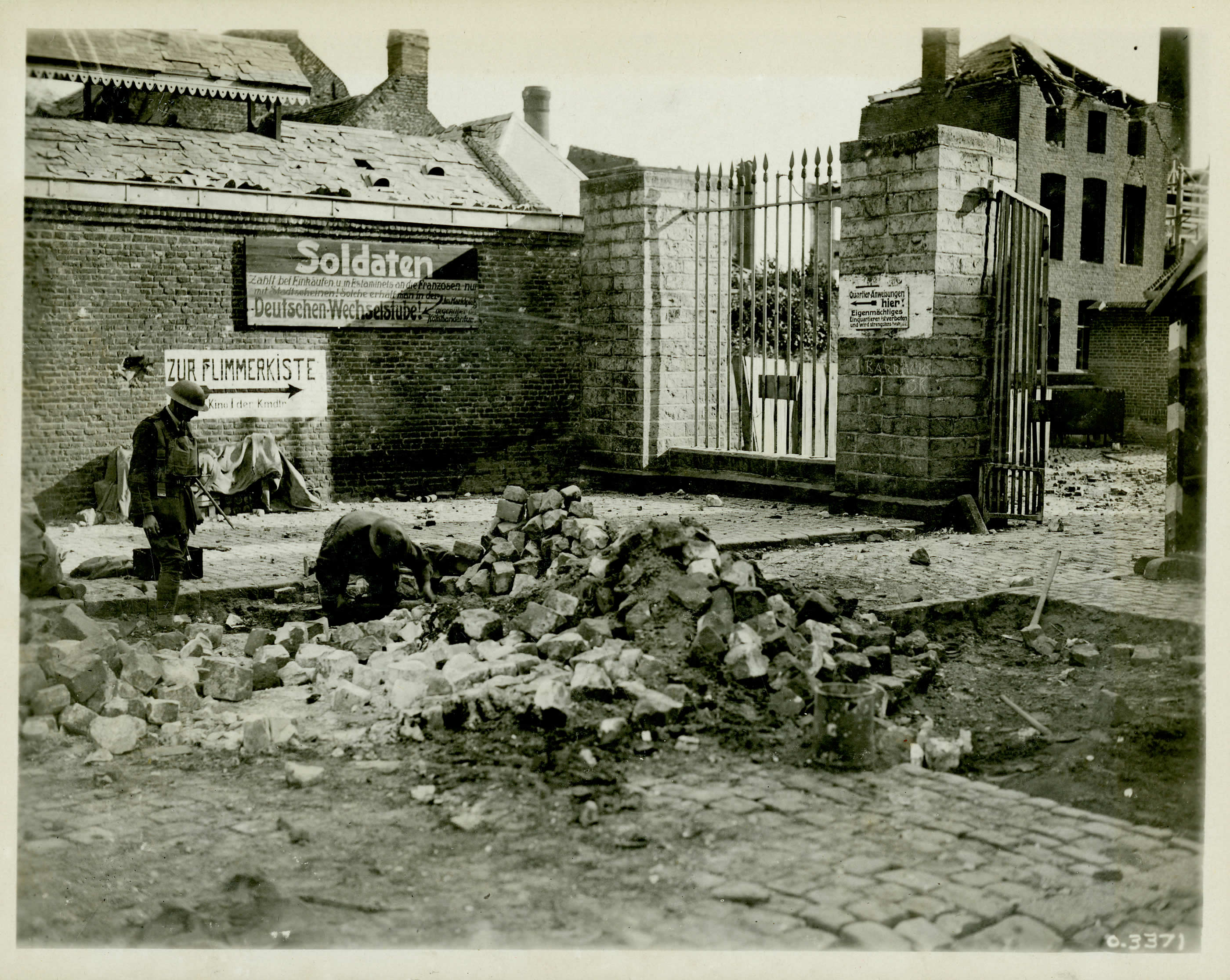 Canadian engineers in the captured city of Cambrai in October 1918 search for hidden mines and booby-traps set by retreating Germans. There was little offensive mining in the last year or so of the war. Many of the tunneling companies were disbanded, including all four Canadian ones, with the tunnellers incorporated into larger engineering forces, who were responsible for land mines, as well as repairing roads, railways, or sinking wells.