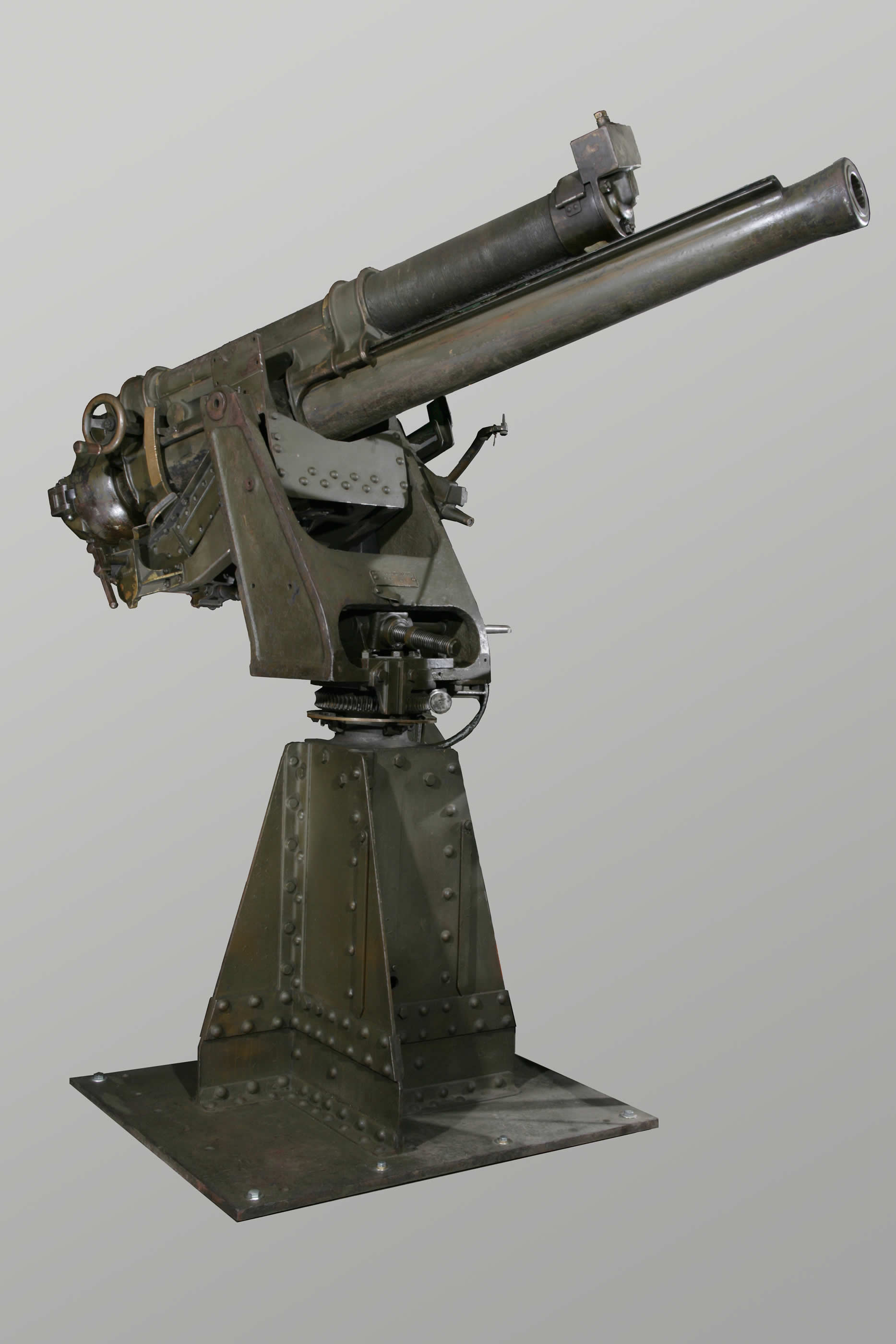 This gun is an adaptation of the 13-pounder and 18-pounder field guns for anti-aircraft use. The 18-pounder gun barrel had an internal sleeve that reduced the calibre to that of the 13-pounder, but allowed for greater range. The gun was mounted on a pedestal (which could be mounted on a truck) that allowed for a very high angle of fire. It was part of the British and Canadian defence on the Western Front before the development of a gun specifically for anti-aircraft use.