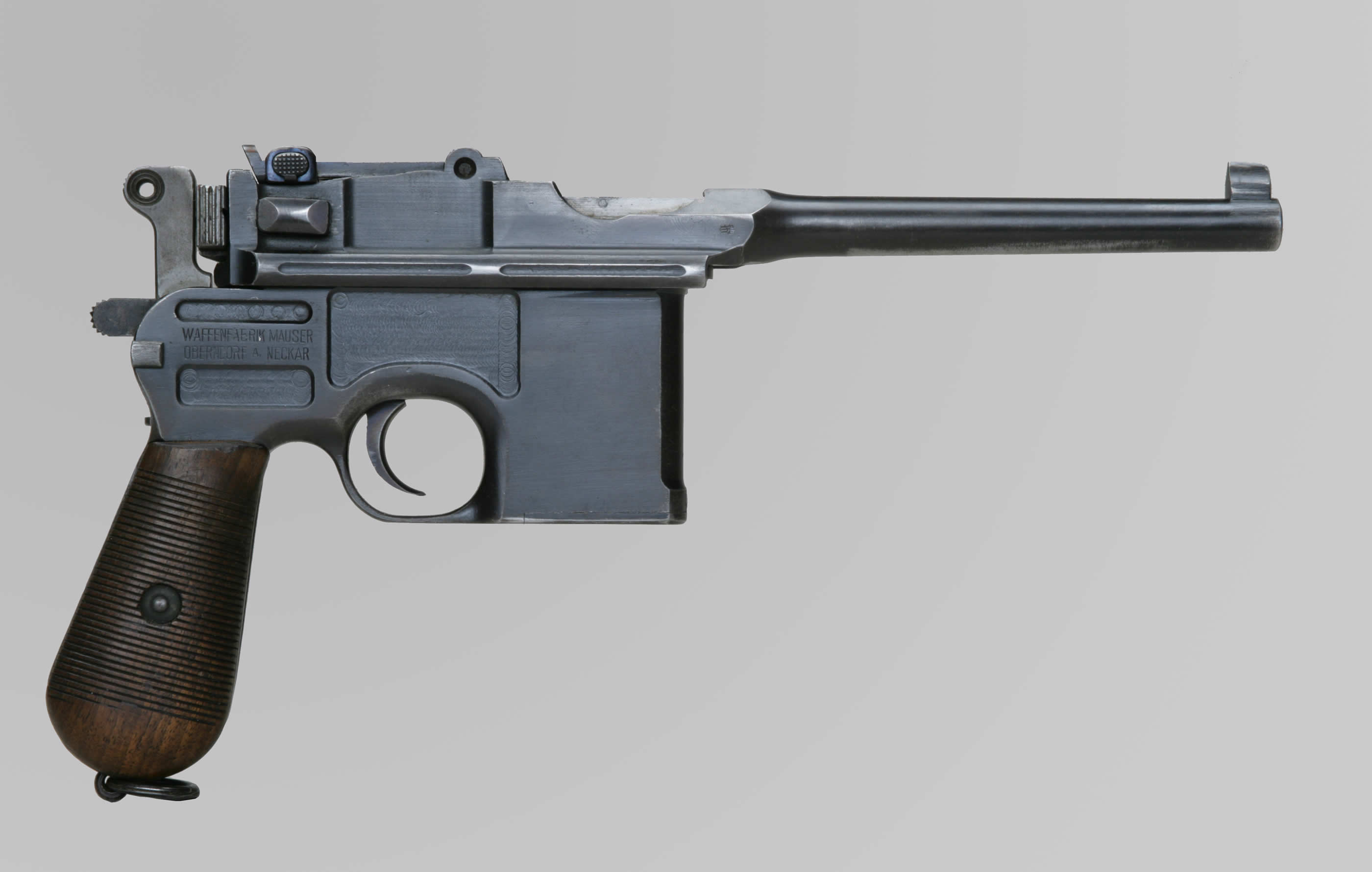 Lieutenant Kevin Drummond captured this German pistol before being wounded at the Battle of Vimy Ridge on 9 April 1917. Seriously injured, Drummond was sent to Canada to recover. He later returned overseas and was killed in action on 8 August 1918 during the Battle of Amiens. This pistol was likely shipped to Canada along with the rest of Drummond's kit during his period of convalescence. "Seinfeld" or "Sienfold," the name of its German owner, is written on the back of the holster. The German Army issued some 150,000 Mauser pistols between 1914 and 1918.