The Canadian Corps captured thousands of enemy machine-guns, artillery pieces, and other items during the war. These war trophies were tangible representations of victory and valuable personal souvenirs. Hundreds came back to Canada with the returning troops.

Canadian soldiers captured thousands of enemy guns, mortars, and machine-guns during the course of the war. Formations overrunning enemy positions often chalked their identifiers on enemy guns to mark their success. Official reports always noted proudly the number of prisoners and guns captured as tangible examples of victory. They were proof of military success or validations of pre-battle intelligence reports, and could also influence promotions, reputations, and the granting of honours and awards.

At war’s end, Sir Arthur Doughty, the Dominion Archivist, was named Controller of War Trophies and charged with gathering trophies and bringing them back to Canada. While many Canadian trophies were sent to the Imperial War Museum, thousands returned to Ottawa. In early 1920, the government’s official collection consisted of 516 guns, 304 trench mortars, 3,500 light and heavy machine-guns, and 44 aircraft.

Initial plans for a national war museum to house this collection, the official war art, and other artifacts were delayed or ignored by successive governments. The collection remained with the Dominion Archives which was soon sending pieces of it across Canada in response to requests from communities, veterans groups, schools, and military units. Cities or military bases often displayed large war trophies in central parks or in or near prominent buildings, and sometimes included them with local memorials. Acquired in the burst of patriotic enthusiasm that marked the immediate post-war period, many gradually fell into disrepair. During the Second World War, hundreds were donated to scrap metal drives, incorporating former German weapons against the new Nazi enemy.

The Public Archives collection was slowly transferred to the Canadian War Museum, which reopened in 1942, decades after it had closed in the late nineteenth century. Most of the Museum’s current collection of First World War enemy guns, mortars, machine-guns, and small-arms comes from the official war trophy program. Smaller collections also survive in military and civil museums across Canada, and on official memorials or in civic buildings. 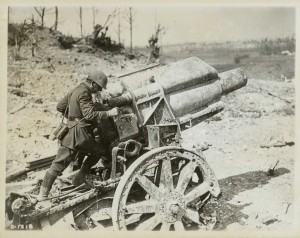 In this photograph from April 1917, a Canadian officer inspects a recently captured German gun. Many of these pieces were proudly displayed in museums and parks across Canada after the war, although hundreds were melted down during the Second World War in scrap metal drives. 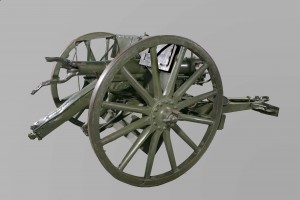 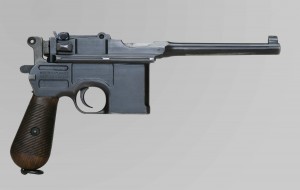 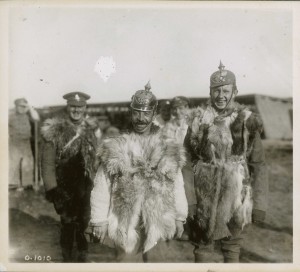 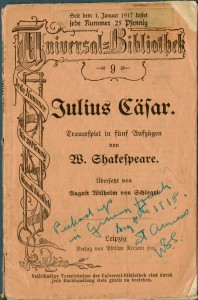 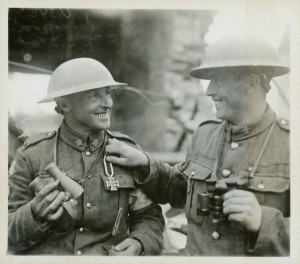