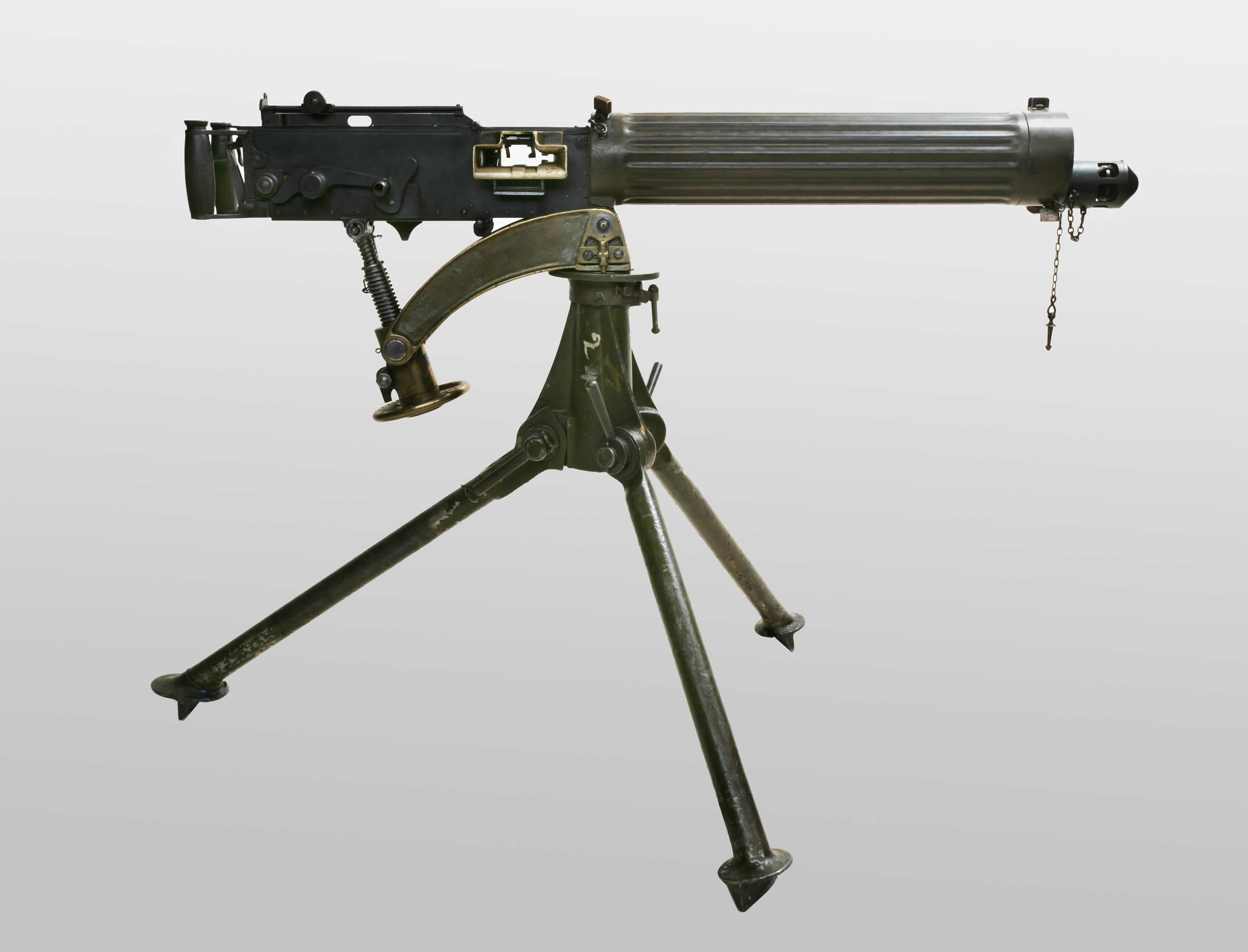 The Vickers Mk.1 water-cooled machine-gun was the primary heavy machine-gun of the Canadian Corps after July 1916. The belt-fed Vickers fired the same .303 calibre cartridge as the infantry's Lee-Enfield rifle. The Vickers' weight made it more suitable for a defensive role, but it could also be used in the attack. By 1916, the Canadians had begun to experiment with indirect machine-gun barrages in which, similar to the artillery, machine-guns fired on unseen targets, often using only map references to determine their targets. The Vickers could also be moved forward in the attack, but because its team of five needed to drag it forward along with sufficient ammunition and water, it was generally part of the second or third assault wave.