The War’s Impact on Canada

Canada emerged from the First World War a proud, victorious nation with newfound standing in the world. It also emerged grieving and divided, forever changed by the war’s unprecedented exertions and horrific costs.

The war united most Canadians in a common cause even as the extremity of national effort nearly tore the country apart. Few had expected the long struggle or heavy death toll. A war fought supposedly for liberal freedoms against Prussian militarism had exposed uneasy contradictions, including compulsory military service, broken promises to farmers and organized labour, high inflation, deep social and linguistic divisions, and the suspension of many civil liberties. Some women had received the right to vote, but other Canadians – recent immigrants associated with enemy countries – had seen this right rescinded.

Government had intervened in the lives of Canadians to an unprecedented degree, introducing policies that would eventually mature into a fully fledged system of social welfare. But it had not prevented wartime profiteering, strikes, or economic disasters, leading many to question the extent to which rich Canadians had sacrificed at all. A massive and unprecedented voluntary effort had supported the troops overseas and loaned Ottawa the money it needed to fight the war. The resulting post-war debt of some $2 billion was owed mostly to other Canadians, a fact which fundamentally altered the nature of the post-war economy.

Politically, the war was also a watershed. Borden’s efforts to win the 1917 election and carry the nation to victory succeeded in the short term, but fractured the country along regional, cultural, linguistic, and class lines. English and French relations were never lower, and accusations of French traitors and English militarists were not soon forgotten. Quebec would be a wasteland for federal Conservative politicians for most of the next 40 years. Laurier’s forlorn stand against conscription lost him the election and divided his party, but helped ensure the Liberals’ national credibility, with a firm basis in French Canada, for decades to come.

Labour, newly empowered by its important role in supporting the war effort, pushed for more rights, first through negotiations, and then through strikes. Farmers seethed over agricultural policies and Ottawa’s broken promise on conscription. In the post-war period, both groups would form powerful new political and regional parties.

The war accelerated the transformation of the British Empire into the British Commonwealth and demonstrated Great Britain’s military and economic reliance on the self-governing dominions. Most of the principal Commonwealth heads of government recognized this, and saw clearly in their wartime contributions the route to greater independence and standing within imperial counsels.

Prime Minister Sir Robert Borden orchestrated a massive national effort in support of the mother country, but also demanded that Great Britain recognize Canada’s wartime sacrifices with greater post-war autonomy. Canada signed independently the Treaty of Versailles (1919) that formally ended the war, and assumed a cautious, non-committal role in the newly established League of Nations. London’s wartime agreement to re-evaluate the constitutional arrangements between Great Britain and its dominions culminated in the Statute of Westminster (1931), which formalized the dominions’ full control over their own foreign policy. Canada’s determination to do so regardless had already been made evident during the 1922 Chanak Crisis, when Ottawa insisted on a Parliamentary debate before considering possible support to Great Britain in a military confrontation with Turkey.

Despite the social and political challenges of the post-war, most Canadians also emerged from the struggle believing they had done important and difficult things together. Their primary fighting force at the front, the Canadian Corps, had achieved a first-class reputation as one of the most effective formations on the Western Front. Their generals and politicians had played an obvious role in victory, and the country itself enjoyed an international standing that few observers in 1914 could have predicted. 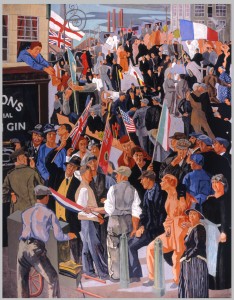 An exuberant victory celebration at a Canadian munitions centre, 11 November 1918. The colourful crowd waves the flags of Allied nations and dances to the music of an organ grinder. 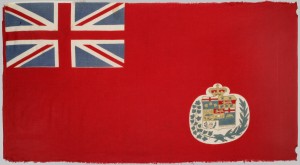 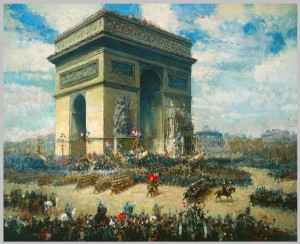 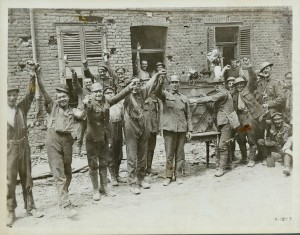 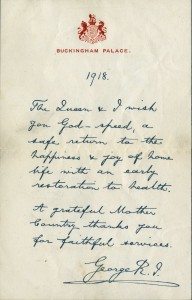 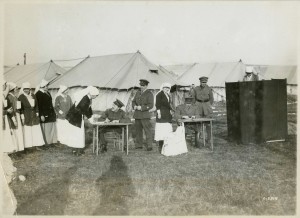