The First Canadian Contingent sailed for England in October 1914 with over 30,000 volunteers, an extraordinary achievement in such a short time.

The British and Canadian governments found no Canadian general qualified to command the First Contingent. Instead, Lieutenant-General E.A.H. Alderson, an experienced British officer who had commanded Canadian soldiers in the South African War, received the post. Alderson would guide the Canadians well through the first year and a half of war, but had difficulty fending off political interference from Ottawa.

A separate force of several hundred Newfoundlanders accompanied the First Canadian Contingent on the two week voyage to England. After arriving at Plymouth, they disembarked and boarded trains for Salisbury Plain to the south.

At Salisbury, the Canadians trained for four months, most of it in terrible mud, as England experienced one of its wettest winters in decades. While most of the troops stood up well to the awful conditions, Canadian equipment did not. Much of it was soon discarded in favour of British types. The Canadians learned basic soldiering in England after a hasty mobilization and a difficult, uncomfortable winter. Their real training would come at the front.

The First Canadian Contingent sailed for England in October 1914 with over 30,000 troops. Ships of the Royal Navy escorted the convoy of over 30 ocean liners. 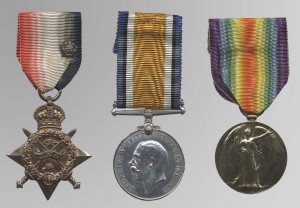 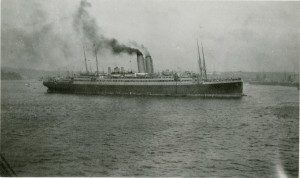 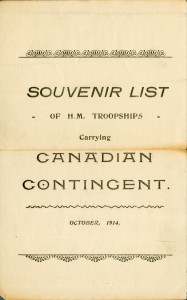 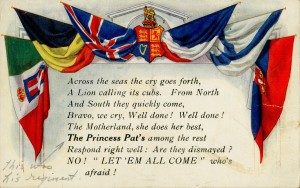 Vehicles of the First Contingent 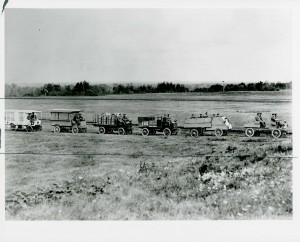