Little-known women at the forefront of the war effort 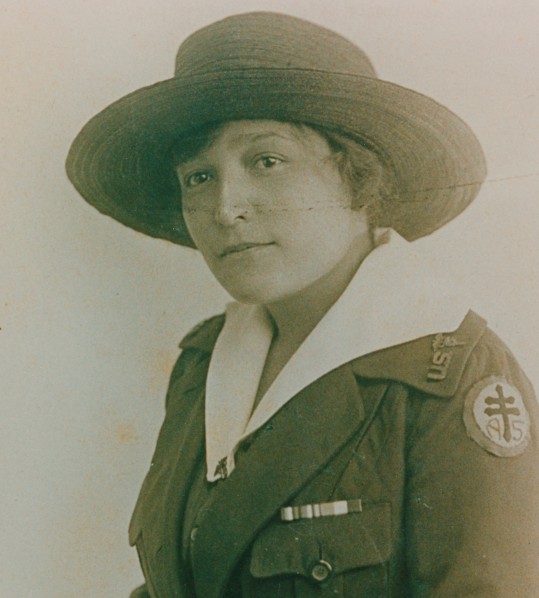 “History should acknowledge the many and varied contributions of Canadian women to the war effort in 1914–18 and 1939–45,” says Stacey Barker, Acting Historian, Art and War at the Canadian War Museum. “In the exhibition World War Women, we intend to do that.”

Here are three examples of how women made a difference during the world wars.

Edith Anderson Monture was born in 1890 on the Six Nations Grand River Territory in Ontario. She was determined to become a nurse but the Indian Act placed restrictions on First Peoples obtaining higher education. After she was denied admission to several Canadian nursing schools, she went to the United States to get her training, graduated at the top of her class, and began her first job as a school nurse. When the Americans entered the First World War in 1917, it was with the U.S. Army Medical Corps rather than the Canadian nurses that Edith served overseas.

In a field hospital at Vittel, France, Edith treated soldiers who had been shot and gassed. She wrote about the heartbreak of service as a nurse. “My pet patient Earl King the boy who adopted me for his big sister, died this A.M. at 7:15. Had hemorrhage at 3:15 A.M. The poor boy lost consciousness immediately. My heart was broken. Cried most of the day and could not sleep.”

Among the items from her wartime experience that she kept for the rest of her long life was a mess kit including utensils, a canteen and a meat can.

When 21-year-old Lorida Landry joined the Singer Sewing Machine company in 1941, she had little idea how the war would change her life. She worked as a clerk in the office in Saint-Jean-sur-Richelieu, but, as the company moved into war production, she took on a new job on the assembly line that made bombs. She checked the fuses that would detonate the bombs, and she ensured that the bomb caps would screw on and off easily. The pace of the assembly line was much harder than working in the office, but the increased pay was worth it.

Another worker in the munitions plant was a lathe operator named Elphège Langlois. Lorida and Elphège were married in July 1943, and because company policy prevented married women from working at Singer, Lorida had to quit her job. Amongst her wartime souvenirs is a pair of ammunition casings that someone (possibly Elphège) had turned on a lathe to convert into candlesticks.

Another Canadian woman, Joan Bamford Fletcher, overcame barriers of gender in a mission that earned her public recognition, induction as a Member of the British Empire and a remarkable token of esteem from a former enemy.

She joined the First Aid Nursing Yeomanry in 1941 and was stationed in Scotland, where she served as a driver for the Polish Army in exile. In 1945, she was sent to Indonesia to help evacuate Allied captives. Taking command of 70 surrendered — but still armed — Japanese soldiers, she then used these former enemies to help shepherd some 2,000 Dutch civilian captives from a Japanese prison camp through jungle and terrain occupied by hostile Indonesian rebels. She was so successful in bringing her group to safety that, in recognition of her bravery, a Japanese officer presented her with his family’s 300-year-old samurai sword.

The stories of Anderson Monture, Langlois and Fletcher, along with artifacts from their lives, are among the many included in the exhibition World War Women, presented at the Canadian War Museum until April 3, 2016.